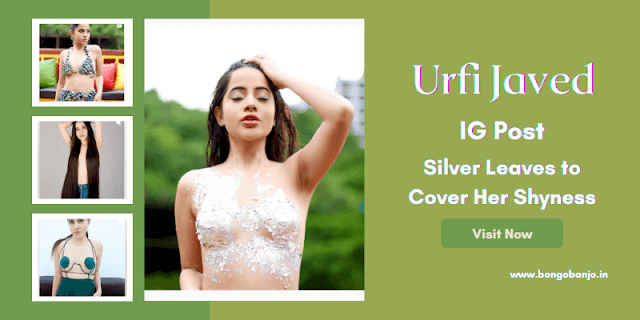 Sometimes clothes are made from sacks. Sometimes plastic. Urfi Javed has repeatedly come to the centre of discussion just for clothes and is criticised rightly.

However, some fans are also impressed by Urfi Javed's shape. Urfi Javed is being rehearsed. This time, the focus of the practice is on that clothing.

In 2016, Urfi Javed started her journey in the glamour world by playing the role of Abni in the serial Bade Bhaiya Ki Dulhaniya.

She then acted in several Hindi television serials and web series. She was a contestant in the Bigg Boss OTT show. But those are in the past now. 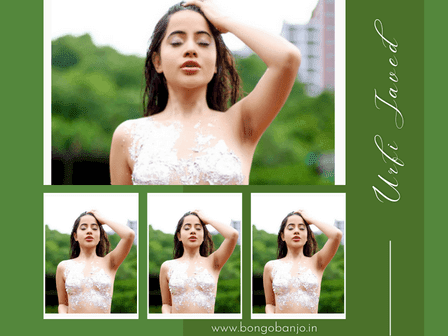 Now Urfi Javed has made it her profession to pose in front of the camera wearing strange clothes. She uploads various pictures and videos on social media.

Urfi Javed recently shared a photo on Instagram. Where the upper body is completely uncovered. Her body was covered with silvery skin.

Urfi Javed also wrote in the caption of the picture how he got rid of her shame without any clothes.

Naturally, Urfi Javed's picture has gone viral on social media. Some people are coming towards Urfi again after seeing the upper uncovered picture. 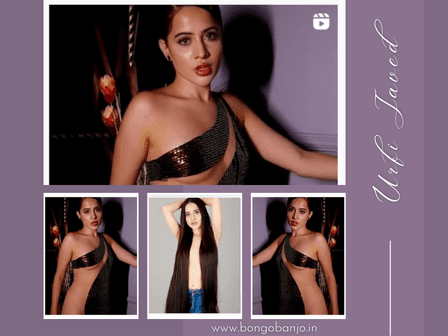 Some have also compared her to sweets wrapped in silver. But this is not the first time. Earlier, Urfi Javed had set the internet on fire by sharing topless photos on Instagram. In that picture, she is seen standing with her hair covering her breasts.

Recently, Urfi Javed was spotted roaming the streets wearing a yellow veil. She was caught on the paparazzi's camera. The picture spread instantly on social media.

There is a lot of noise in the internet world about it. Many have come forward to demand a boycott of Urfi Javed.