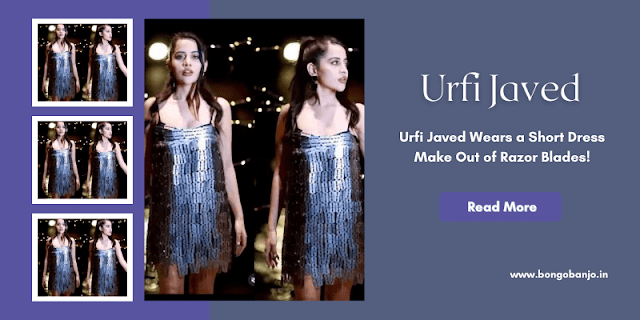 Thousands of blades are attached to the body! Urfi Javed was surprised by the new clothes.

Urfi Javed is not new to going out in public in strange clothes. Urfi Javed can do anything to go viral. Sometimes she wears plastic clothes, sometimes paper, and sometimes she goes out on the streets with ropes all over her body.

Urfi Javed doesn't care what anyone is saying. And this time, Urfi Javed used a thousand blades! Yes, Urfi Javed was seen walking around in a dress made of blades.

Because of the way Urfi Javed is surprised every day, Urfi Javed participated in the competition by herself. Sometimes she just makes clothes by wrapping rope around her body. Sometimes, newspapers again.

Urfi Javed has always caught everyone's attention for her innovative fashion. And this time, when Urfi Javed did, everyone's eyes widened. 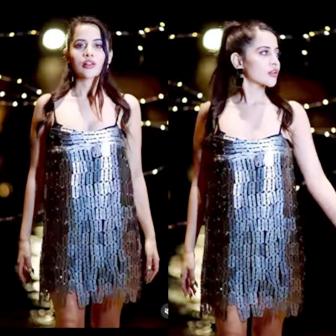 A few days ago, Urfi Javed posted a picture of herself covering her breasts with her hands. There is almost no clothing on the body. Urfi Javed posed in front of the camera.

Urfi Javed started her career as a Hindi television actress. Later, she gained attention as a contestant on the show Bigg Boss OTT. But those are the past now.

Now Urfi Javed has made it her profession to pose in front of the camera wearing strange clothes. She uploads various pictures and videos on social media.

There is a lot of practice in it. This time, the social media star has been framed almost naked.

This is very shocking to us. How social media is grabbing us. Anyone who wants to go viral on social media. This is ridiculous. only for a few likes or comments. only for some followers. Think about it.