Ankush Hazra is a busy actor in Tollywood. Now he is in Europe. He will return to Kolkata on the Saptami. After that, he is very busy. 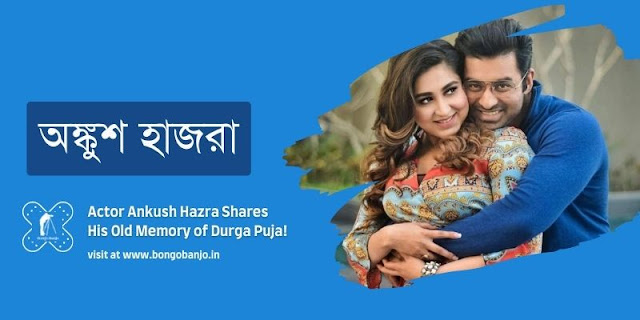 But once upon a time, in Ankush Hazra's life, Durga Puja meant walking to see Maa Durga, eating at roadside restaurants, and hanging out with friends.

And the love during Durga Puja?

The actor, Ankush Hazra, said that he could not do it because he was too shy.

Ankush Hazra told his puja plan on the phone from Europe. On the Saptami, he and Oindrila Sen will go to Sribhumi Mandap.

This time, Ankush Hazra and Oindrila Sen are associated with the theme song of Sribhoomi. There are also some commitments.

Apart from that, Ankush Hazra will spend whatever time he gets with his family, Oindrila Sen and friends.

Missed any aspects of the Durga Puja?

Answering the question, Ankush Hazra went back to his old memories. He said that he used to go out with his friends when he was in Burdwan.

Now if he wants to go to a Durga Puja, you have to tell the officials in advance. You can no longer go wherever you want.

Earlier, if he was hungry. He could go to a roadside restaurant or eatery and eat kulcha with butter chicken. 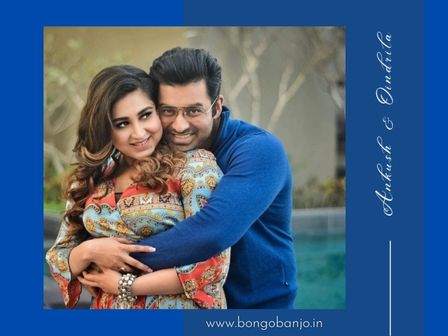 But now Ankush Hazra has to rely on the restaurant he goes to throughout the year. Out on the streets, where there is not much opportunity to eat.

Ankush Hazra loves to eat his mother's cooking. But it is not possible to eat many favourite items for dieting throughout the year. However, Ankush Hazra got the opportunity to eat that food during the Durga puja.

Both Ankush Hazra and Oindrila Sen buy gifts for the family first. They continue to give something of themselves throughout the year.

He said that if they buy something for each other during Durga Puja, they try to buy Indian clothes.

Ankush Hazra will return to work as soon as the Durga puja is over. A few days ago, he opened his own production company. The actor's new film, "Mirza," is coming under the banner of Ankush Hazra Motion Pictures.

Its teaser is already out. And seeing that, they compared Ankush Hazra's new film with the South Indian blockbuster movie "KGF."