Because of Wearing Filthy Clothes in the Music Video! Urfi Javed Is in a Legal Problem. Urfi Javed's name has been in the headlines many times due to his revealing clothes. 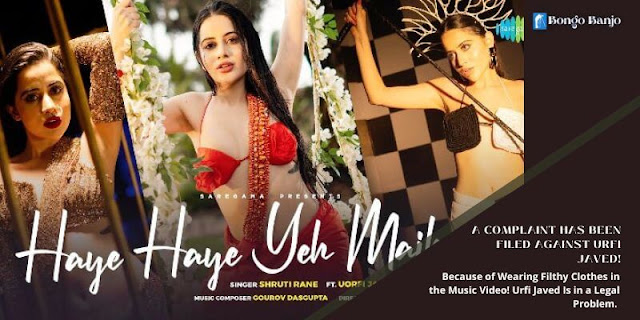 That's why she got into legal trouble. It is heard that a complaint has been filed against the social media star for wearing indecent clothes in the music video.

On October 11, Urfi Javed starred in a music video Haye Haye Yeh Majboori. The song was sung by legendary singer Lata Mangeshkar in the movie directed by Manoj Kumar.

Urfi Javed danced in the remake version of that song. Urfi Javed wore a bracelet with a red saree. It has been heard that an objection has been raised.

The complaint has been reported to a police station in Delhi. However, nothing is known about who reported it.

Urfi Javed started her career as a Hindi television actress. Later, she gained attention as a contestant on the show 'Bigg Boss OTT'. But those are past now. 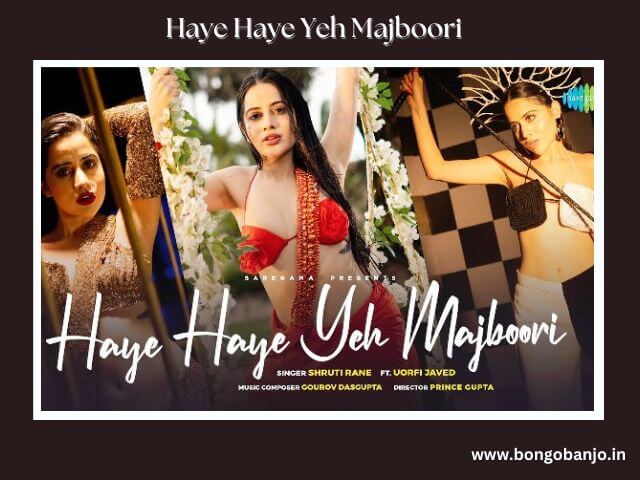 Now Urfi Javed has made it her profession to pose in front of the camera wearing strange clothes. She uploads various pictures and videos on social media. There is a lot of practice about it.

Urfi Javed has been criticized many times for his clothes. But he did not pay special attention to it. She continues to upload her pictures and videos. Sometimes wearing clothes made of blades, sometimes clothes made of sacks.

Two days ago, Urfi Javed uploaded a video of her eating Diwali sweets covering her breast with her hand. However, if he is involved in legal complications, what will she do? Nothing has been said about it yet.

Urfi Javed always wants to viral on the news and social media. So many times she wants attention from others. In one word she is an attention seeker.