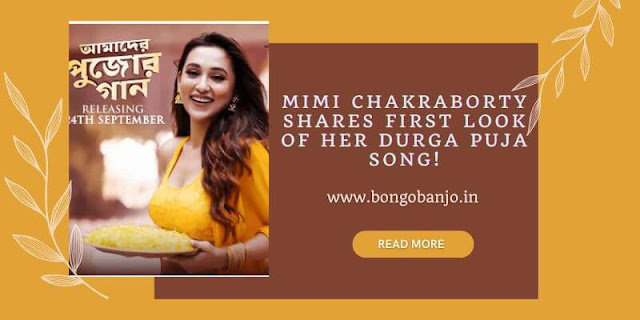 Understandably, celebrities have gone out of their way to celebrate Durga Puja. Just by looking at their social media. Almost everyone shared glimpses of Durga Puja.

But netizens started trolling Mimi Chakraborty when she shared a video of a Durga Puja song with a picture of herself in a red saree. The trolling was because there was no sound in the video.

Mimi Chakraborty has responded to that troll. Mimi Chakraborty said, "You are not getting the sound, are you? How to get it because the whole song is waiting for a few more days."

Mimi Chakraborty also said, "We will have to wait for the full song." Later, in another poster, Mimi Chakraborty said that her durga puja song is coming on September 24.

However, a netizen called Mimi Chakraborty by Maa Durga's name and offered her love. One netizen wrote, 'How are you Maa Durga, I love you, want to love you.'

Seeing such comments, Mimi Chakraborty also responded to him, writing, "We all love Maa Durga". 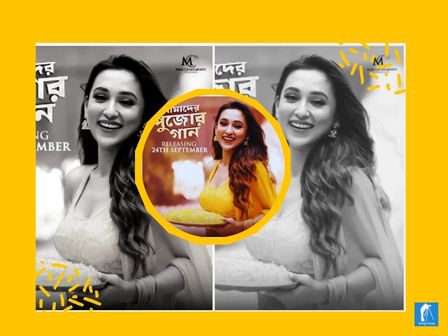 Incidentally, actress Mimi Chakraborty is going to work in Bollywood again if everything goes well. She is going to act in a Hindi web series.

On the contrary, as the name Ali Fazal is being heard as a co-actor, the name of a popular Tollywood actor is coming up.

Although Mimi Chakraborty has previously acted in the Hindi remake of Posto, the film is awaiting release.

However, this is the first time that Mimi Chakraborty has been offered the lead role in a Hindi web series.

Read More: Koneenica Banerjee Goes Live on Facebook to Talk About Her Health!