Eskay Movies Issued a Statement About the Godown Fire, "In This Case of Severe Financial Loss"! 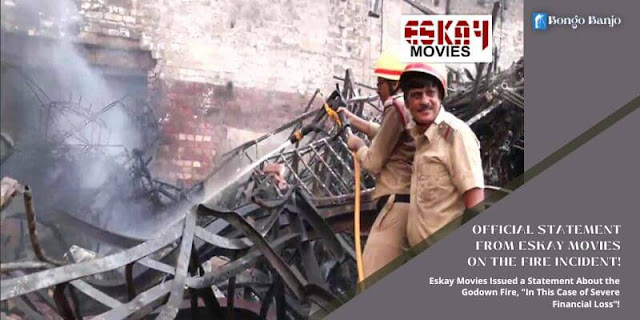 The godown of Bengali film production company Eskay Movies was gutted in a terrible fire on Thursday morning. A lot of valuable machinery and equipment related to the movie were damaged in this fire.

From smouldering cameras and lights to film props and costumes and countless reels of film. Many Tollywood actors expressed their grief over the fire.

However, the exact cause of the fire is not yet known. No response has been received from Ashok Dhanuka and Himanshu Dhanuka, the heads of the production company, since Thursday morning regarding this fire.

However, the company stated on social media this time."We are shocked by the horrific fire," the statement said. The only ray of hope in this horrific incident is that, by God's grace, no one was injured in the incident, nor was anyone in the surrounding area. We are grateful to the administration, which has come forward with assistance. It saved everyone's life. We are also thankful to all the people in the industry and well-wishers who have contacted us and assured us that they will stand by us in this difficult time in the face of severe financial loss". 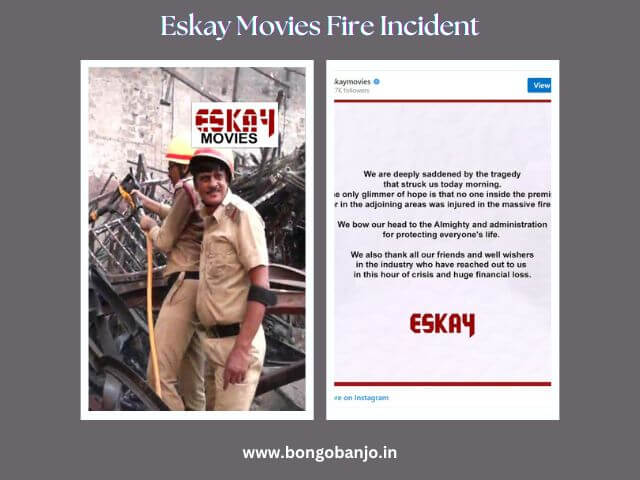 The fire broke out at 5:30 am on Thursday. Residents of the area saw the fire and informed the fire department. By that time, the area was covered with black smoke.

Initially, seven fire engines rushed to the spot and started dousing the fire. There is a residence near the godown full of flammable materials. In fear, residents came out of their homes and onto the streets. However, residents were evacuated due to fear of danger.

Firefighters and officials tried to prevent the fire from spreading to the residents and nearby settlements. About 15 fire engines reached the spot to bring the situation under control.

But how did the fire start? It is believed that the possibility of fire is due to a short circuit. The fire department said the investigation into the fire is going on.

However, various shooting materials, such as film, reel, camera, tripod, and other expensive parts, have been damaged.