Urfi Javed was injured by falling from a swing while shooting a song, a viral video! 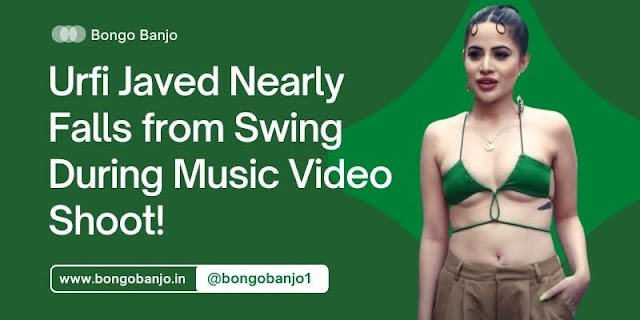 The viral girl of social media, Urfi Javed, is again in the headlines. But it's not for the strange clothes this time.

Instead, while shooting, Urfi Javed was in such trouble that the fans were shocked to see Urfi Javed's condition! Even Urfi Javed could not imagine that this would happen.

Let's talk about it in detail. Urfi Javed is swaying in the pouring rain. She wears an orange-coloured chiffon saree and a bikini blouse, and four or five young men around Urfi Javed.

As soon as Urfi Javed fell to the ground, the shooting floor started a commotion. The director turned producer rushed to Urfi Javed.

By that time, Urfi Javed had a slight injury to her leg. The situation was going like this. Tears in the eyes of the beautiful Urfi Javed.

According to reports, Urfi Javed is now healthy. Her leg injury has also healed. But Urfi Javed has stated that she will not shoot in this manner!

Urfi Javed started her career as a Hindi television actress. Later, she gained attention as a contestant on the show Bigg Boss OTT. But those are in the past now. 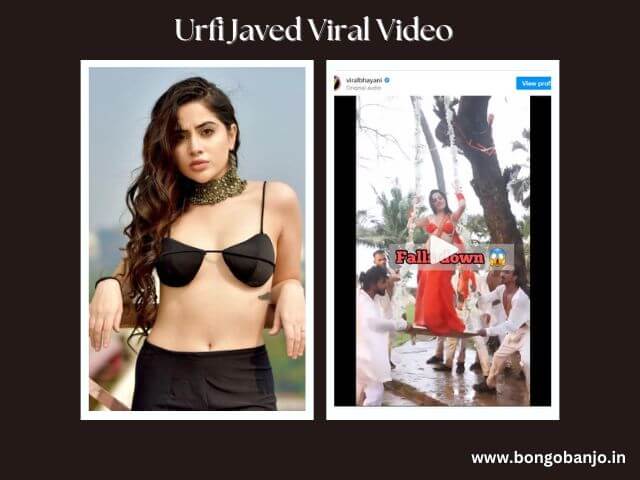 Now Urfi Javed has made it her profession to pose in front of the camera wearing strange clothes. She uploads various pictures and videos on social media. There is a lot of practice in it. This time, the social media star has been framed almost naked.

Urfi Javed also said, "I have also received several adult film offers. But I am not at all interested in such films. Just because I'm wearing revealing clothing doesn't mean I'm a pron film actress.'

In Urfi Javed's words, 'I want to work in Bollywood films. And I can do everything for the sake of acting and character!'

Urfi Javed was born in Lucknow. Study there. In 2016, she started her journey in the glamour world by playing the role of Avni in the serial 'Bade Bhaiya Ki Dulhaniya'.

Then she acted in many Hindi television series. Urfi Javed also acted in a web series. She was a contestant on the Bigg Boss OTT show.