The new mega serial Neem Phuler Modhu is coming to Zee Bangla! Which popular serial is closing instead of it? The unique serial Neem Phuler Modhu is coming! Which popular series is being completed instead?

The new serial Neem Phuler Modhu is about to start. But instead of a serial? A debate is going on with this question.

First, it was heard that the Mithai mega serial was going to end and a new serial was starting in this place. But the rumours are not correct.

This is a new rumour. The popular mega serial Pilu is coming to an end. The New Mega Serial Neem Phuler Modhu is supposed to start in that slot.

The promo for the Neem Phuler Modhu mega serial has already been released. And actress Pallavi Sharma is playing the lead role in it.

Pallavi Sharma is known to the audience of Bengali television as Jaba from the mega serial Ke Apon Ke Por. Actress Pallavi Sharma hasn't been seen on the small screen like that since Apon Ke Por came to a close. 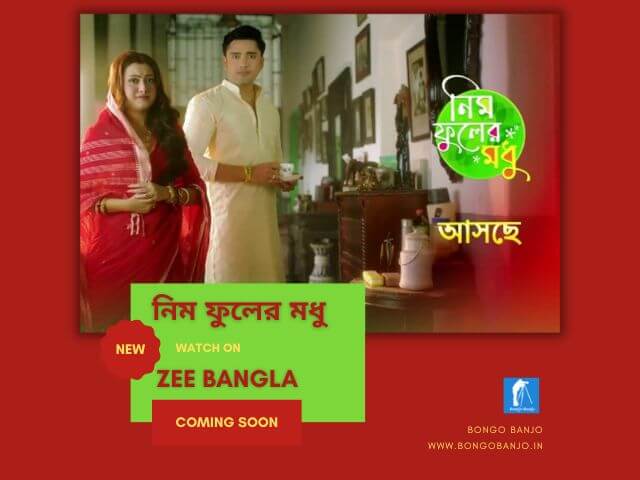 She is returning this time to collaborate with actor Rubel Das. Rubel Das was earlier seen in the serial Jamuna Dhaki. Lily Chakravarty also plays an important role in this serial.

It was heard first. The Mithai mega serial is about to end. That's when the Neem Phuler Modhu is about to start.

But the crew of the series has ruined it. After that, it is heard that the popular mega serial Pilu is going to close.

The Pilu serial started on January 10 this year. At first, Ahir and Pilu grabbed the attention as the main characters of the serial. But now the main attractions are Ranja and Malla.

The tension in their relationship is loved by the audience. However, it is reported that the fans of Ahir and Pilu are unhappy with it.

In the meantime, it is heard that the shooting of the Pilu serial will be broadcast in November. Of course, there is doubt about how true this news is.