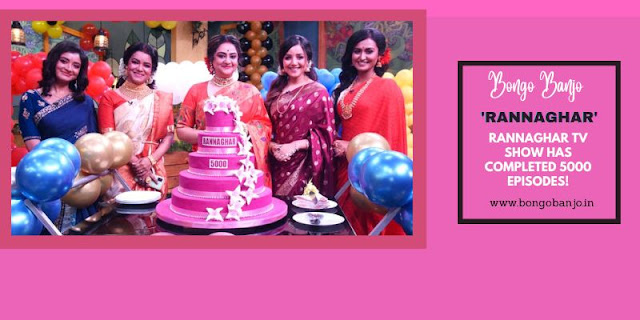 This success is a precedent not only in West Bengal but in the whole of India. Because as soon as it reached five thousand episodes, this non-fiction TV show got the title of the longest-running cooking show in India. 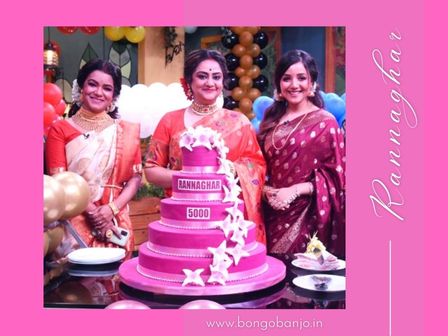 Some have cooked, and some have tasted the cooked food. A live audience is also a part of this popular show. Their talent has been reflected on the small screen.

Rannaghar has reached the success of 5000 episodes during the festival season itself. And a special episode has been organised to celebrate it.

In this special episode, actresses like Sonali Chowdhury and Sreeparna Roy will be seen with host Sudipta Banerjee. 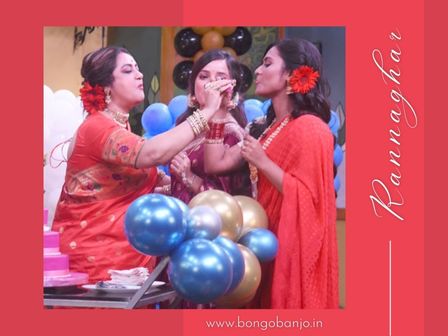 The entire set is arranged for the celebration of 5000 episodes. Sonali Chowdhury and Sreeparna Roy also cooked special items there.

So Sudipta Banerjee could not taste Sonali Chowdhury and Sreeparna Roy's cooked dishes. Her work was done by two actresses. 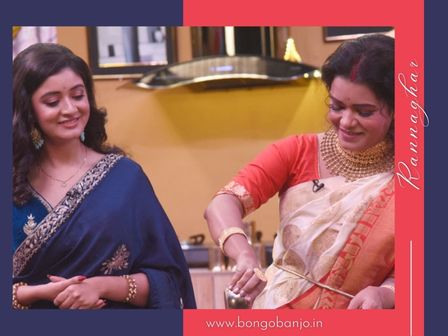 Look at each other's dishes. She was also praised. Sudipta Banerjee made a special request to Sonali Chowdhury when the eating and drinking phase was over.

Apart from acting, Sonali Chowdhury is also good at dancing. So she was asked to dance. The actress requested it with a smile.

They all enjoyed the full episode of Rannaghar. We hope the audience also loves this episode.