All struggles are over; Bengali actress Aindrila Sharma is in the land of no return! Not once, but twice, the deadly disease laid its paws on her body. She knocked out cancer both times. 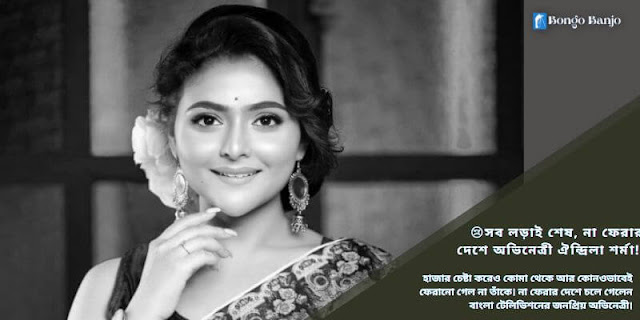 But in the end, actress Aindrila Sharma lost the battle with a brain stroke and heart attack. After the brain surgery, relatives and fans were hoping that maybe this time she would regain consciousness.

But then there was another heart attack. Not once, but repeatedly. Despite thousands of attempts, she could not be brought back from the coma. The popular Bengali television actress went to the land of no return. 😢😢

She was also seen in the lead role in Star Jalsa's "Jebon Jyoti" serial. She played the role of Tuli in Sun Bangla's serial "Jion Kathi."

Aindrila Sharma has been fighting cancer for a long time. Not once, but twice, the deadly disease laid its paws on her body. The actress has defeated cancer twice. 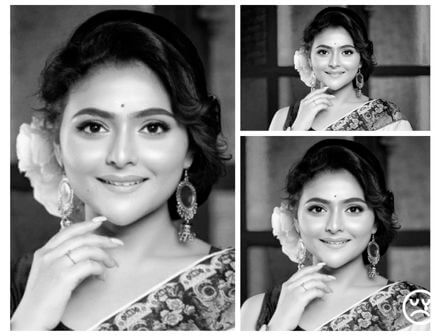 Aindrila Sharma recovered and started working again. Sabyasachi Chowdhury and she were having a good time. But again, the brain stroke turned all the calculations upside down.

She had at least 10 heart attacks on Saturday night. It was as if there was no more strength left in the body to fight. She fought a fierce battle with death and bid it farewell.

Sabyasachi Chowdhury became Aindrila Sharma's partner during this entire period. "This girl is fighting, along with a whole hospital." I brought her with my own hands, and I will take her back home with my own hands. "Nothing else will happen," he wrote on Facebook. 😢😢

It didn't happen anymore. Tollywood is saddened by the death of the young actress. Some have worked with the actress, and some have seen her on the small screen. Everyone is sad. Aindrila Sharma's fans can't accept her leaving like this. Rip! Rip!Rip! 😢😢