The television audience is making fun of a scene from the Madhabilata serial. This serial is broadcast on Star Jalsha. 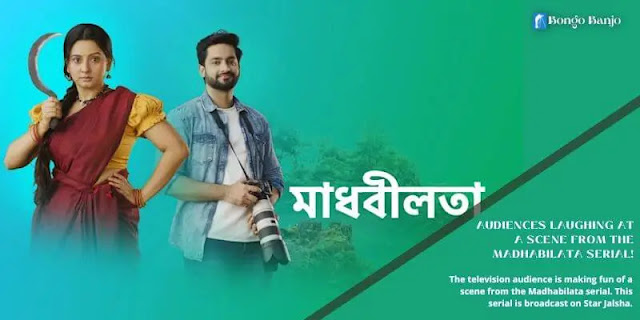 The ink of the pen is over. The actress did not get a 100 on the test! The Madhabilata serial is now a source of laughter.

Again, the scene from the Bengali serial made a section of the audience laugh. This time, Star Jalsa's Madhabilata series is the target.

In a scene from the serial, the actress Madhabilata explains the reason for getting 98 out of 100 marks in Physics. The laughter has arisen based on that.

The Madhabilata serial started in August this year. A popular face from Jibon Saathi, Shrabani Bhunia, is playing the lead role in the new series. Sushmit Mukherjee portrayed the hero Sobuj. 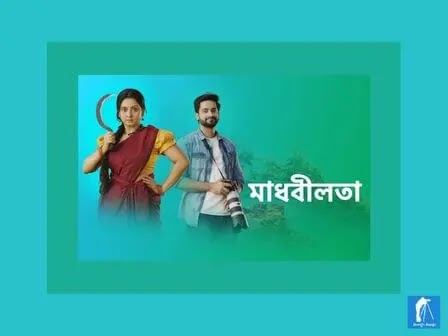 The whole story is arranged in the context of the forest. Pushpa Ranjan Chowdhury, the influential man of the village, cut down the forest and smuggled it. On the other hand, by planting trees in the village ceremony.

His son is a wildlife photographer. While taking pictures, he noticed Madhabilata's struggle. Now Madhabilata is the wife of Pushpa Ranjan Chowdhury's son in his house. There she told him about her studies.

In the scene that has gone viral on social media, Madhabilata talks about her education and says, "Are we uneducated because we are born in a remote village? I got 98 out of 100 in Physics. " 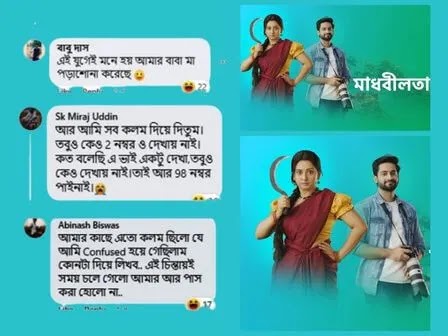 Actor Sobuj is surprised to hear this from Madhabilata's face. But Madhabilata does not stop. She says again, "Do you know why I didn't get 2 marks? The pen with which I was writing the exam ran out of ink. There was no money to buy more than one or two pens. I could not write the answer to the last question. I have been asking everyone for the pen, but no one has given it to me. My two numbers have been cut off. How much I rubbed with that pen, how much I rubbed, but I could not write. "

With these words on Madhabilata's face, the turn of sarcasm started. Someone wrote, "Even if you are so good at physics, you do not have this much intelligence that if the pen runs out of ink, even if you rub it hundreds, thousands of times, the ink will not wear off."

Someone else commented, "I'd give any pen. Still, no one showed up, not even number 2. How many times have I said I'd see this brother, but no one showed up? That's why I don't get 98 marks anymore."

"She didn't get any more pens after the ink ran out, because everyone else was writing the script of this drama with other pens", was also commented on in the comment box of the above video.