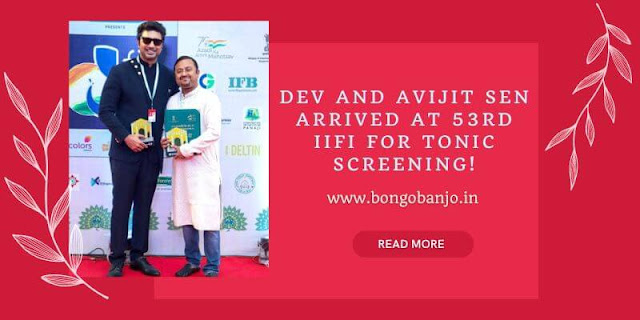 Not only as an actor but also as a producer. Because of Tonic. Bengal films were shown at the Goa International Film Festival (IFFI 2022).

That is why Dev was there as a producer & actor. The director of the film Tonic, Avijit Sen, was with him.

"Winter-Summer-Monsoon, Tonic is Always Here", this film directed by Abhijit Sen is a Christmas box office superhit. The duo of Paran Bandopadhyay and Dev is well-liked by the audience. 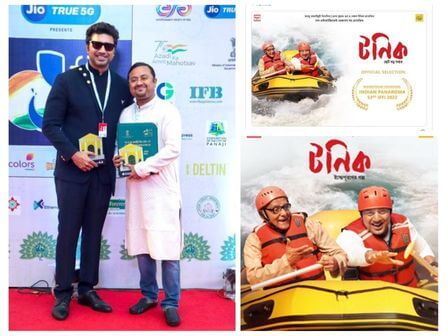 'Tonic' is also doing good business at the box office. The film was seen by the audience at the Goa International Film Festival (53rd IIFI 2022).

There was a film screening at a multiplex in Panjim, Goa around 12:30 on Saturday. Actor & producer Dev appeared in suit boots at that special screening.

Director Avijit Sen was wearing jeans and Punjabi. It has been heard that the audience likes this Bengali film very much. 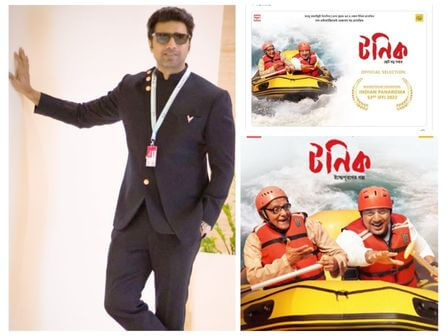 Mahananda, directed by Arindam Sil, has also made it to the Indian Panorama section of the Goa International Film Festival (IFFI 2022).

Before the screening of the film, director Arindam Sil uploaded a picture with the team from Panjim. Bangladeshi stars Chanchal Chowdhury, and Nusraat Faria Mazhar were present along with Gargi Roy Chowdhury, and Bickram Ghosh.

Tonic is superhit at the box office. Paran Bandopadhyay is fantastic in this film. His acting is outstanding. Many audiences appreciate this film.

Mahananda is also a very good film. This film is directed by Arindam Sil. Gargi Roy Chowdhury is a very good actress. She works well in this film.