I know you can't believe it, but it's true. The films Tonic and Mahananda will be shown at the Goa International Film Festival. Dev and Arindam Sil are very happy. 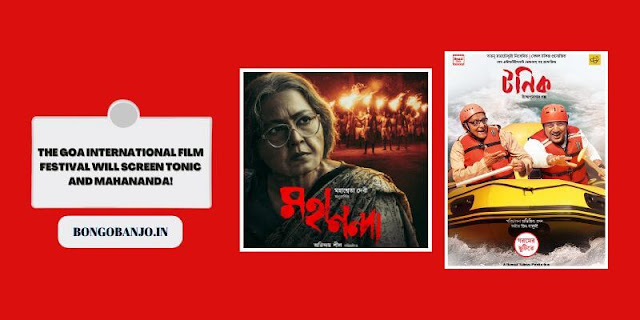 Yes, audiences will see two Bengali films at the Goa International Film Festival (IFFI 2022). The list of films for the Indian Panorama category of the film festival was announced on Saturday.

It contains the names Tonic and Mahananda. Actor-producer Dev and director Arindam Sil expressed excitement by sharing the news.

Tonic, produced by Pranab Kumar Guha and Bengal Talkies, was released on December 24, 2021. Besides acting, Dev was also the co-producer of this film.

"Don't fear, Tonic is here." The film directed by Abhijit Sen is a Christmas box office hit. The duo of Paran Banerjee and Dev is well-liked by the audience. The audience will see the film at the Goa International Film Festival. 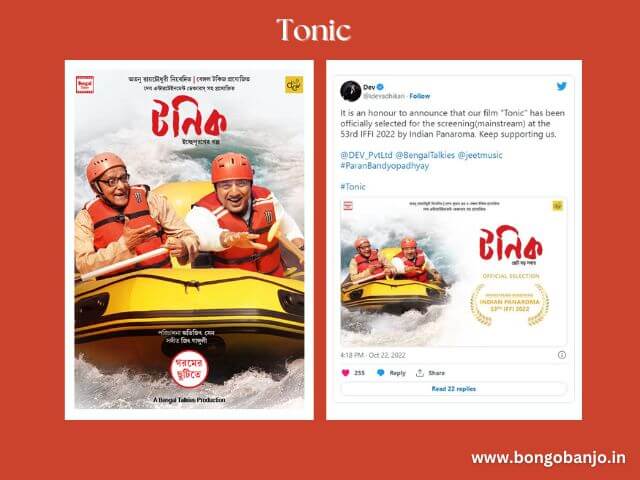 Sharing the news, Dev wrote, "Tonic will be screened in the Indian Panorama section of the 53rd International Film Festival of India. It is a great honor. Stay with us like this. "

"Mahananda," directed by Arindam Sil, was released in theatres on April 8 this year. The director has made the film inspired by the life and ideals of the legendary literary and social activist Mahasweta Devi.

In it, the personal struggle of the writer, the moments of standing beside the helpless and backward people, and the plot of her political struggle emerged. Gargi Roychowdhury played the lead role. This international film festival will be held in Goa from November 20 to November 28.