Kaushik Ganguly is surprised to see himself in the poster of Kothamrito Film. He Surprisingly Says "Heroes have Big Poster". 'Fata Poster Nikla Hero' - such a common word saying is heard in Tollywood. 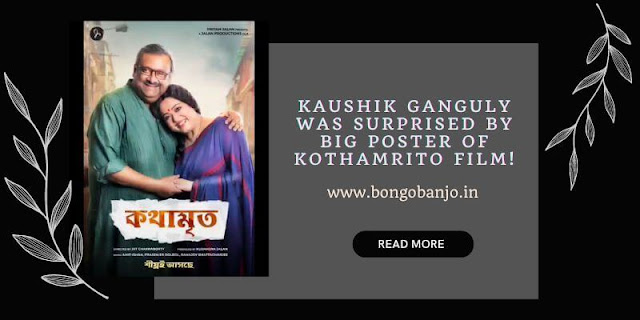 People behind the camera are not often seen in posters. But if the person in the background comes in front of the camera. Then the big poster is also seen by him.

Such is the case with Kaushik Ganguly. The National Award-winning director is overwhelmed by the huge poster of himself as a hero. 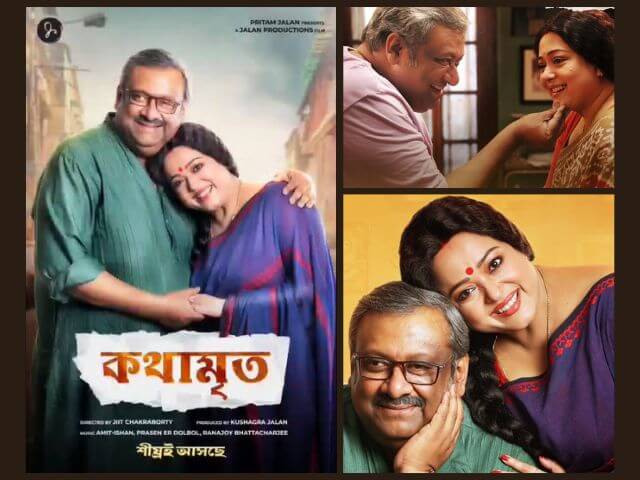 Sanatan's wife Sulekha is played by Aparajita Adhya. Kaushik Ganguly was impressed by the huge poster of the two.

Posting the picture on Facebook, Kaushik Ganguly wrote, "Kothamrito poster have outside the Navina cinema hall. I have seen so many pictures of heroes here. Here I am and Aparajita Adhya! It will take quite a while to pass through the front of the hall." 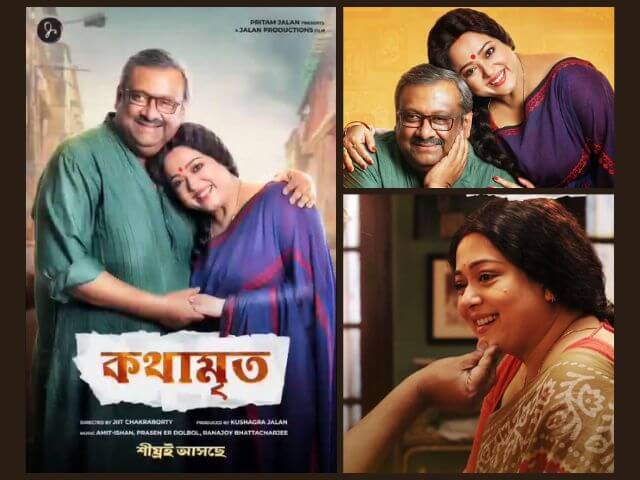 It is to be noted that Kaushik Ganguly and Aparajita Adhya acted in the film Kothamrito directed by Jeet Chakraborty. According to the story of the film, Sanatan and Sulekha got married at an older age.

The scumbag remains in the world. In such a situation, the story takes a new turn. Sanatan suddenly lost the ability to speak. Then Sulekha became his shelter. 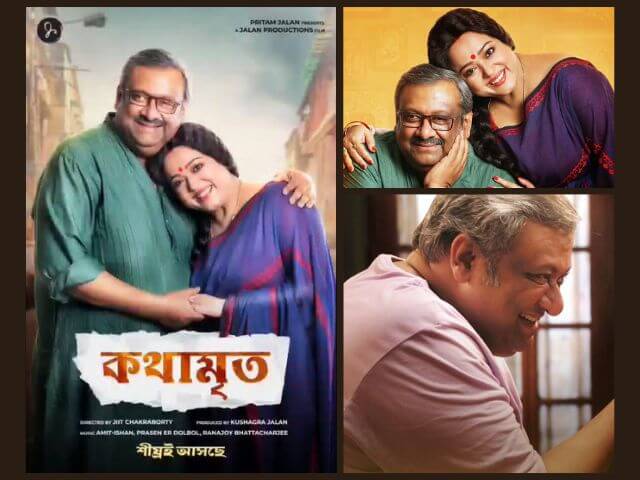 The responsibility of expressing the wishes of the husband rests on Sulekha. They learn to see their relationship in a new way. Aparajita Adhya has worked with Kaushik Ganguly before. Both actors and directors have seen him.

According to the actress Aparajita Adhya, "Getting an opportunity to act with Kaushik Ganguly is a big deal. Because he is an as good and skilled director as he is a better actor. I don't know how one compensates for the other. So it's a great experience."

The film produced by Jalan Productions will release on November 18. The new song, "Thekechi Bhabe Arite…" was released on Saturday.