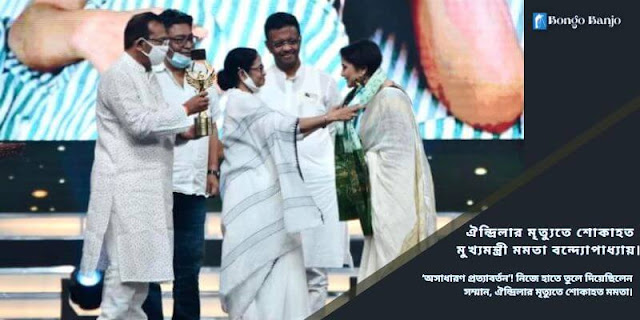 "Great Come Back"! The Tele Samman Award was presented by Chief Minister Mamata Banerjee, who was deeply saddened by the death of Aindrila Sharma!

Going away and coming back, again and again. But in the end, no return was permanent. Even after returning it, again and again, death had to be accepted. The death of 24-year-old Bengali actress Aindrila Sharma is seen in this way.

Aindrila Sharma returned to the stage of life after a battle with cancer, a tumour, and a brain stroke—one after another with more and more difficult illnesses.

Around 1 p.m. on Sunday, the news of the death of 24-year-old Bengali actress Aindrila Sharma, who has been struggling for a long time, spread. 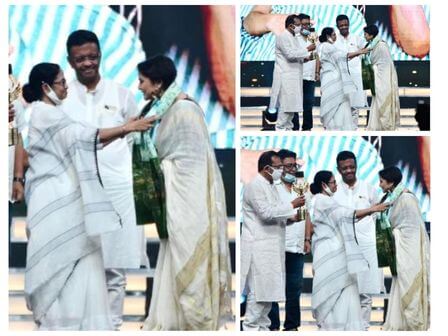 After some time, she sent a condolence message from Nabanna. She wrote, "I am deeply saddened by the untimely death of eminent actress Aindrila Sharma. She breathed her last in Howrah today. The promising young actress was only 24 years old. She acted in notable TV serials 'Jhumur', 'Mahapeeth Tarapeeth', 'Jeebon Jyoti', 'Jeevan Katha', 'Jionkathi' etc. The West Bengal government awarded her the Tele Samman Award this year in the category of 'Extraordinary Comeback'."

In the condolence message, Mamata Banerjee specifically mentioned Aindrila Sharma's struggle and coming back. She wrote, "The way she fought against death with an indomitable spirit will remain an example. Her tragic death is a great loss to the acting world. "My sincere condolences to the family and fans of Aindrila Sharma."

Chief Minister Mamata Banerjee handed over the award to Aindrila Sharma at a Tele Samman Award ceremony on March 11. The 24-year-old girl returned to her normal life after repeated rounds of chemotherapy. Many diseases had already taken root in the body at that point.

But the fighter, actress Aindrila Sharma, wanted to win it all with a smile regardless. It is not easy to cope with the grief of seeing someone's smile suddenly disappeared.

It is known that the body of the actress Aindrila Sharma will be released from the Howrah private hospital by 4 p.m. From there, her body will go to Kundghat's house.

Aindrila Sharma's body will then be kept in the technician's studio. Colleagues will pay their last respects. The body was then cremated at Keoratala Crematorium.