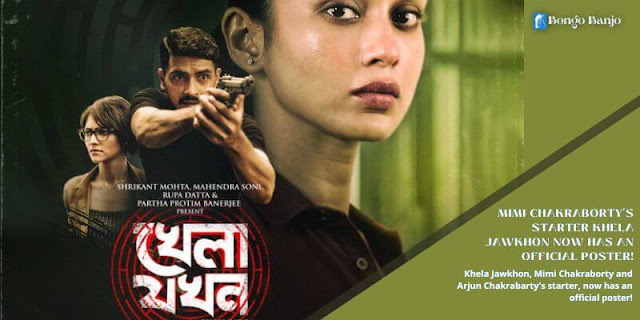 Actress Mimi Chakraborty is returning to the big screen with mystery and thrills. She played the lead role in the movie Khela Jawkhon, directed by Arindam Sil.

The audience had been waiting for this film for a long time. Ending that wait, the poster for the film was released on Tuesday. Khela Jawkhon is produced by SVF, Camellia Productions, and Rajpratim Ventures.

Mimi Chakraborty is playing the role of Urmi in the film. According to the story, Urmi has to face many obstacles in search of her identity.

She faces one mystery after another. Can Urmi solve this web of mystery? The answer to the question will be known on December 2. The film Khela Jawkhon is releasing on the same day.

Arjun Chakrabarty will be seen alongside Mimi Chakraborty in the film. For the audience, this is similar to the serial Gaaner Oparey's reunion. 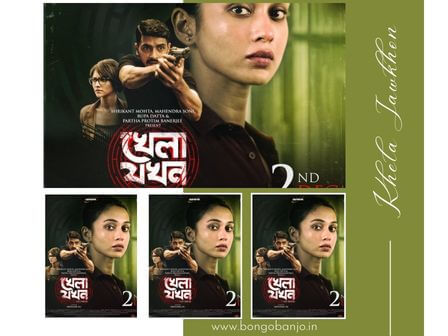 From there, the lessons learned from the acting careers of the two stars began. Then, of course, Mimi Chakraborty and Arjun Chakraborty were seen in the films Baapi Bari Ja and Crisscross.