'I went to shooting in an ambulance', why did Sohini Sarkar have to endure so much pain? Balancing between parallel and commercial films. Fluent on the stage of the drama. Sohini Sarkar shares before the start of Bibaho Obhijaan 2. 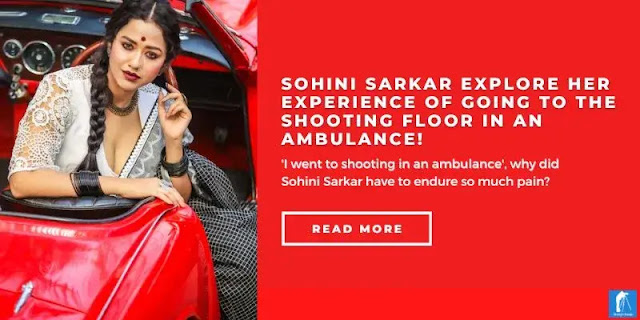 (Q) The shooting of Bibaho Obhijaan 2 is going to start. How will this story progress?

Ans: I can't say much. However, this time the grooms are passing through Thailand. There he is caught by the mafia and as usual, the bride goes and saves her.

(Q) In terms of big screen work, you have been in Tollywood for ten years. She has done all kinds of films. There is also Jhumura, Ananta. There are films like Byomkesh or Durga Sohay or Bibaho Obhijaan. Want to work with everyone?

Ans: Bibaho Obhijaan is the first to say hardcore mainstream. Byomkesh is mainstream but there is a difference.

(Q) But like you are considered for films like Ananta, Jhumura or Bibaho Obhijaan, Nusrat Jahan, Srabanti Chatterjee are not.

Ans: See, those who have called me for Ananta or Jhumura, I have also given them the space that can be approached for such films. I don't mind a no-makeup look, a glamorous look or an older look.

I think it has been established since the time of Phoring, it did not have to be established separately. After watching Phoring, Open Tee Bioscope everyone understood that Sohini Sarkar can be given such a role.

This time I also did the role of glamour look, like Srikanto. People understand that I can carry two types of looks. But I will admit, Phoring being my first film has been very beneficial. I didn't have to prove myself separately. 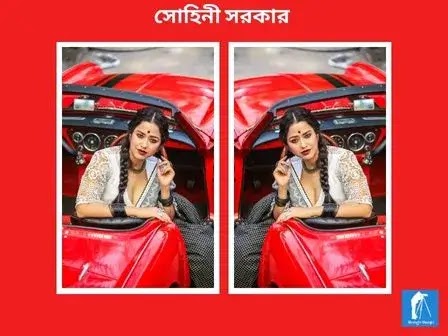 (Q) Your chemistry with Abir Chatterjee in Byomkesh is great. What is the mystery?

Not just me, but most people are very comfortable with Abir Chatterjee. There is a positive vibe. Can rebuke, can love. We work in a small industry, very competitive, and if people like Abir Chatterjee are there on the floor, it becomes easier.

(Q) Agantuk was released on Zee 5 without much promotion. Having regrets? It did not get the publicity that Ananta also got.

Ans: Well, the film was released very unceremoniously. A buzz was created when the poster was released in January 2020. If a film is read for a long time, the interest surrounding the film dies.

That seems to be the case with producers or team members as well. A sense of futility is created. I mean, what happens if you don't serve hot food? 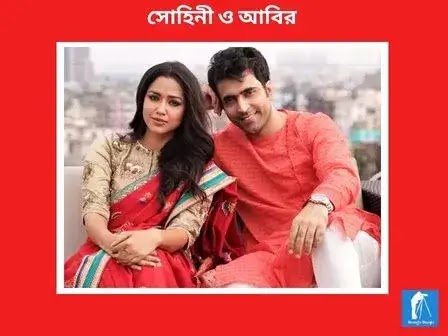 (Q) Your performance as an ailing, elderly woman as Shobharani in Agantuk is one to remember! How did you master it?

Ans: I did a workshop with Benidi, and it helped me a lot. There is nothing to tell them apart. I am uncomfortable to say. During the shooting, there was a matter of walking with that five kg sandbag on the leg, so the walking is slow.

But before that, I had a muscle injury. My body would have collapsed. During Judgment Day, I went to shoot in an ambulance. The shooting of Agantuk took place after that.

As a result, I worked with that impossible pain. He used to come to the floor twice to give injections. That's also a factor, an annoyance in body language, and slowness is naturally caught.

(Q) She is doing theatre as well as films. Is there any drama going on right now?

Ans: At the moment Mahabharat. And the other is Ghare Baire. In fact, since 2008 when I did the serial, I have worked in various theatre groups.

In 2014 I got Best Debut for Rupkatha Noy and Phoring. Then came a very bad time in my life. It is both financial and emotional. There is no film. I don't know what to do with the time.

Then I worked on a play Aboyob written by Kamaleswar Mukherjee. The show didn't last long. But I and the entire drama team rehearsed almost every afternoon. That gave me a boost.

I was not wasting my time sitting at home – a fondness was created even for the thought. Being associated with theatre in this way saved me at that time. Now I understand that no matter what film I make, the drama has to go on. And I like the regular rehearsal process.