As soon as the Diwali ends, Srabanti Chatterjee, Om Prakash Sahani, Bonny Sengupta and Koushani Mukherjee get Involved in a new Hangama, what's the matter? 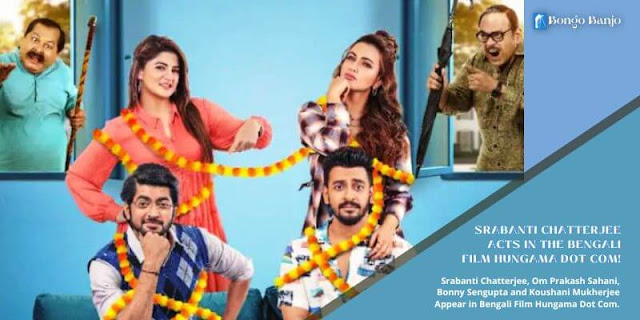 If there is no problem in love, then what is love? No, not at all. There will be a little obstacle, there will be a gap, and only then the love will not be full. And if this love is between two pairs of lovers, then! Don't be surprised, it's completely filmy.

Let's be a little clear. Director Krishnendu Chatterjee is going to make a new film Hangama Dot Com. The story of the film will show the love of two siblings Samrat-Archana and Abhimanyu-Pooja. 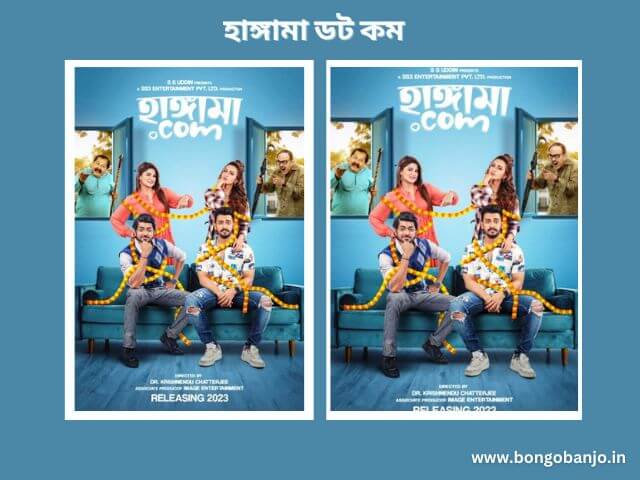 Recently, the Mahurat of this film took place. The first poster of the film came out. By hearing the name of the film and seeing the poster, it is clear that this film is going to be a comedy genre. What kind of story will Hangama Dot Com tell?

In the words of director Krishnendu Chatterjee, "I prefer to write comedy stories. A little funny story always makes a place in the mind of the audience in this busy era. In this case, too, I hope that the audience will like the story of this film." 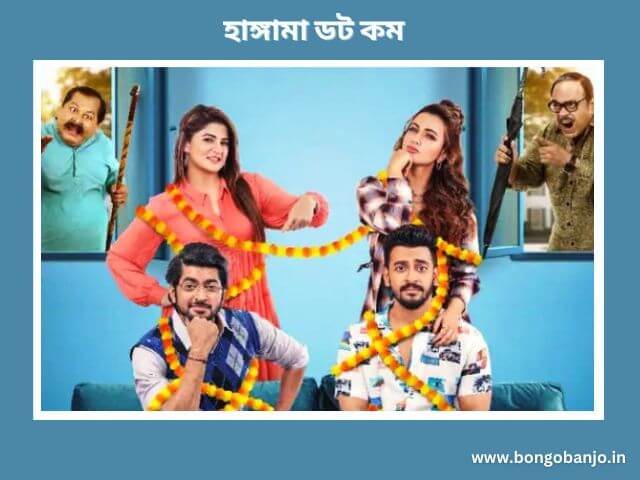 Before this, Krishnendu Chatterjee directed a film called Ka Kha Ga Gha. The shooting of the film Hangama Dot Com will begin on October 28. Although the first shooting was in various parts of North Kolkata, later the director will leave for Kalimpong with the entire team.

Not only in films but Bonny Sengupta and Koushani Mukherjee pair are also equally popular in real life as well. On the other hand, after the film Bhoy Peo Na, Srabanti Chatterjee is teaming up with Om Prakash Sahani again.

It is clear from the poster that this couple will spread love on the silver screen. Produced by SS 3 Entertainment, this film will release probably be in February or March 2023.