What's in that 60-year-old man?, questions the trailer of Prosenjit Weds Rituparna! A lot of confusion.

Ups and downs Prosenjit Chatterjee's 39-year-long journey in the acting profession has endured a lot of problems. 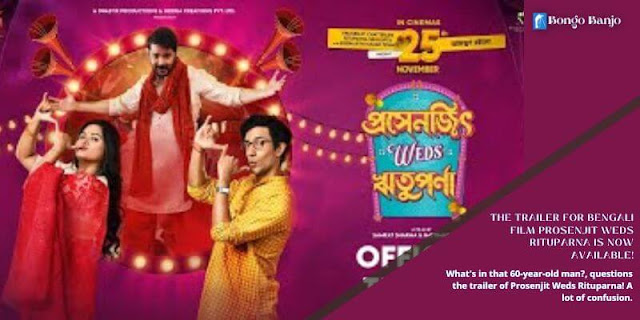 Newcomer director Samrat Sharma is bringing that emotion to life on the silver screen. The trailer for Prosenjit Weds Rituparna has been released.

The trailer of the film started with the poster of the film, Sasurbari Zindabad. It shows the relationship of the newly married couple. Prosenjit Chatterjee is the girl's heartthrob.

But he is not an actor. a simple middle-class family. On the eve of the wedding, the young woman learned about the broken dream.

And then Prosenjit Chatterjee fans were upset. This is the main theme of the trailer for Prosenjit Weds Rituparna. 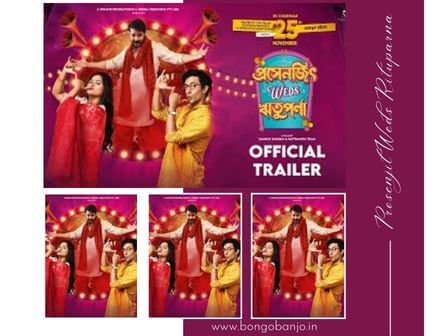 However, the madness of Prosenjit Chatterjee's wife keeps increasing day by day. Which directly affects the marriage.

What will be the end of this relationship? Will Prosenjit Chatterjee or Rituparna Sengupta play any role at all in making the marriage of fans sweeter?

However, there is no hint of that in the trailer. All questions will be answered after the release of the film on November 25.

This pair has always stormed the movie screen. The two of them were last seen in Shiboprosad Mukherjee and Nandita Roy's Praktan.

This film was a huge success at the box office. And that magic is about to return to the silver screen. How much the Prosenjit Chatterjee and Rituparna Sengupta pair can impress the audience once again is now to be seen.