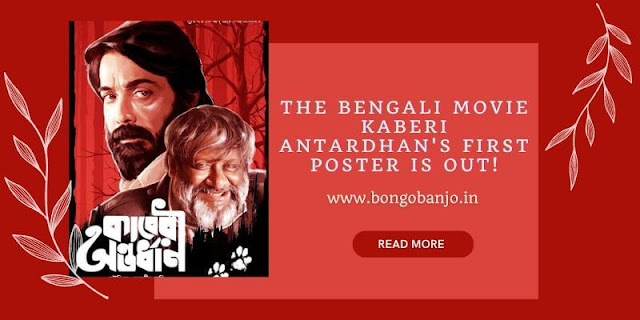 The news was known long ago. So far, the poster has been released along with the release date of the film.

The actress Srabanti Chatterjee was also present. She played an important role in the film. It is known that the story of the thriller genre "Kaberi Antardhan" is set in the turbulent 1970s. 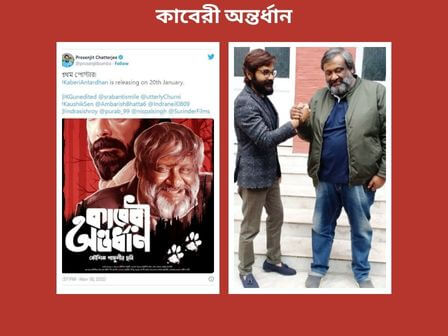 The title of the film has a hint of thriller. It may have a touch of the politics of the 1970s. That is why the director chose Siddharth Shankar Roy's residence for the announcement of the film.

The Naxal movement comes to mind when talking about the turbulent political situation in West Bengal in the seventies. It is reported that Prosenjit Chatterjee and Srabanti Chatterjee can be seen in a similar context.

Incidentally, Srabanti Chatterjee acted as a child artist in Prosenjit Chatterjee's film a long time ago. Where the actress was seen as his daughter. 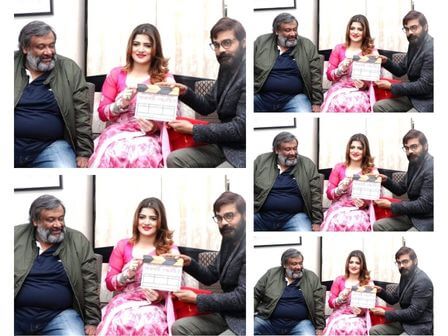 This time, however, Prosenjit Chatterjee and Srabanti Chatterjee are in the frame alongside Kaushik Ganguly.

Apart from the two Bengali stars, Ambarish Bhattacharya, Churni Ganguly, and Purab Seal Acharya will be seen in important roles in Kaberi Antardhan.

The shooting of the movie Kaberi Antardhan has been done in different places in North India. Only Prosenjit Chatterjee and Kaushik Ganguly are in the poster for the film. The film produced by Surinder Films will be released next year, in January 2023.

Previously, Drishtikone, Kishore Kumar Junior, and Jyeshthoputro were appreciated by the audience. Everyone is excited about Kaushik Ganguly's next movie.