For the Film Bagha Jatin, Dev Want a New Actress, He Will Look for a New Bengali Actress! Dev's eyes are now all around. There is no peace until you find an actress for his choice.

Morning to Night Dev is now looking for his new actress. Yes, such incidents are happening in Tollywood. 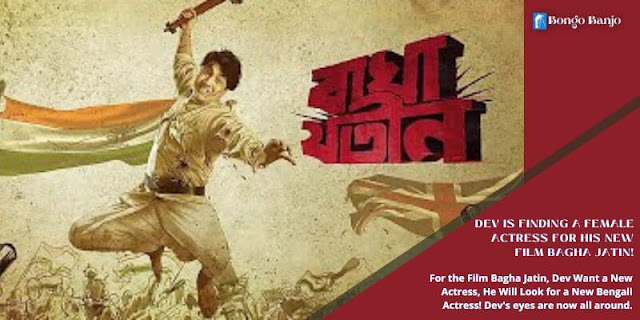 Let's talk about it in detail. Currently, Dev is busy preparing for his new film Bagha Jatin. He does not want to make any compromises to be Jatindranath Mukherjee in the true sense of this film.

And so Dev himself went down to the field to find the actress in this film. Many conditions were also placed in the selection of the actress.

An advertisement has been released on social media by Dev's production company. It says we want a new actress for the Bagha Jatin film and the role of Indubala. And Dev has set many conditions for selecting new faces.

What are the conditions?

The age should be between 20 to 25. Height should be 5 feet 3 inches to 5 feet 7 inches. But the strictest condition is that the actress must speak Bengali. Those with acting experience will be ahead.

Their life story unfolds on the silver screen. This time producer-actor Dev is going to present the story of freedom fighter Jatindranath Mukhopadhyay on the big screen. 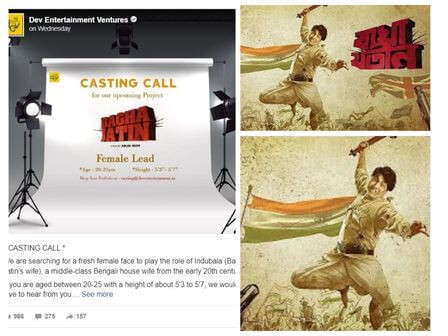 Fighter Bagha Jatin is one of the soldiers of India's freedom movement. He had a sense of self-respect and nationalism. It is said that he killed a tiger alone with only a knife.

That is why he was called Bagha Jatin. Dev is going to play the role of such a person. Arun Roy is directing the film under his production.

"As long as Jatindranath Mukhopadhyay does not kill or die, he is not caught. On this 75th Independence Day celebration, a Bengali epic will unfold, the hero of Bengal – Bagha Jatin."

Dev revealed the first glimpse of the film by writing this in the caption. In which graphical motion has been used. The tune of 'Bande Mataram' is heard in the background. In the end, Dev is seen as Bagha Jatin.

In 2021, Dev was seen on the big screen as 'Golondaaj', Nagendra Prasad Sarbadhikari. The film was directed by Dhrubo Banerjee under the direction of SVF.

This time Dev will play the role of a freedom fighter in his production. That's why the expectations of the fans are high. They think that another blockbuster superstar is going to give a gift.