After Silver Screen Again in Web Series on Hoichoi App. This Time Eken Babu Will Reveal the Secret of Murder in Kolkata!

From Web Series to the Big Screen. This Time, Eken Babu Is Going to Return to the Web Series on Hoichoi App! 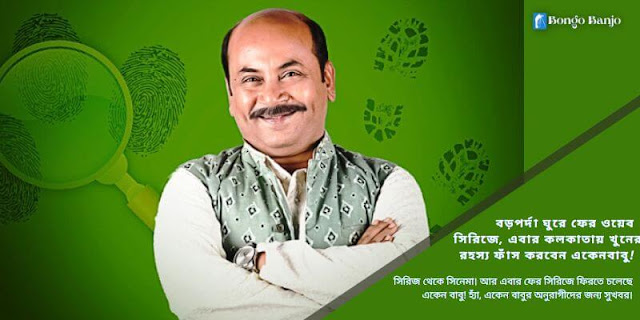 Yes, this is great news for Eken Babu fans. "Eken Babu: Ebar kolkatay" will come to the Hoichoi app on Christmas Eve!

Eken Babu got involved in a series of murders by stepping into Kolkata. On December 25, the mystery will be solved.

Actor Anirban Chakrabarti has been acting as Eken Babu for four years. The magic of his acting has earned the character a place in people's hearts thanks to the Hoichoi App.

This time, Anirban Chakrabarti is happy to portray the character of Eken Babu on the silver screen in SVF's production.

Earlier, in an exclusive interview, Anirban Chakrabarti said that Sujan Dasgupta's character of Eken Babu is not what he thought. 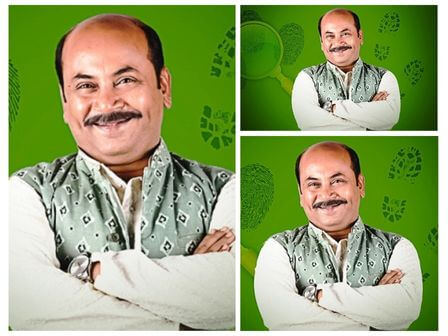 For the audience of West Bengal, "detective" means Feluda and Byomkesh. But Eken Babu is very different from them.

However, many people started comparing him with Byomkesh and Feluda when the detective story film was made for the silver screen.

Anirban Chakrabarti said in an interview, "If the audience names Eken Babu along with Byomkesh and Feluda, then it will be a great achievement. But I can say this, Eken Babu is a completely different detective character. Those who have seen the web series in the Hoichoi app know this."

The whole team is very excited about the new web series "Eken babu: Ebar kolkatay." This web series will be released on the Hoichoi App.