Not Rukmini Maitra, Dev will stand with another actress! Who is She? 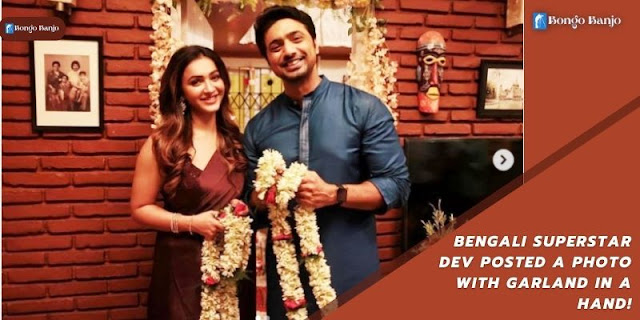 Wearing a blue Punjabi with a smile on his face. This is how Dev posed in front of the camera with a bracelet in his hand.

No, Rukmini Maitra is not there. Instead, another actress is standing in a maroon saree. Who is she? See with your own eyes. 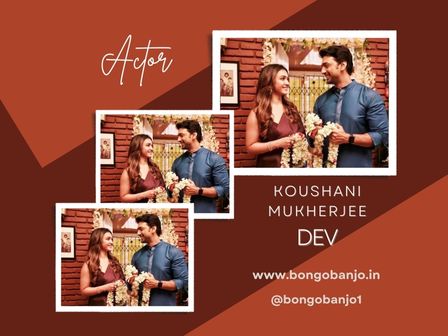 Dev will not answer that question in the caption of the picture. Instead, he only said that this moment was taken from the deleted scene of the film Projapati.

"Can we tell whose wedding we are planning?" asked actor-producer Dev in the caption. Those who have seen the movie may be able to answer this question.

You can also give advice. So the actress's question in the comment box is, "Can I answer?" Some netizens also answered. Besides this, many have advised Dev to end the marriage.

It should be noted that Projapati is undoubtedly a clean commercial film Projapati in the structure, layout and speech of the film. 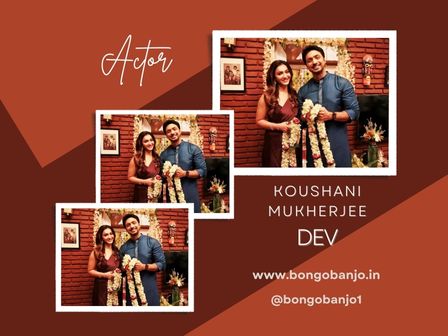 A father and unmarried son's story of love and pride is a serene story. This film is made by director Abhijit Sen in memory of the late Tarun Majumder.

On the first day of the year, the film starring Dev, Mithun Chakraborty and Mamata Shankar was a house full not only in this state but in various parts of the country.

Dev is still promoting the film. He is talking to the audience by going to different halls. After the success of "Tonic" and "Projapati", Abhijit Sen and Dev duo will return to the screen by the end of next year. Dev said this by wishing everyone a Happy New Year.