Yes, Friends! This Is Very Sad News for You. The Popular Mega Serial Lokkhi Kakima Superstar Is Ending Very Soon! 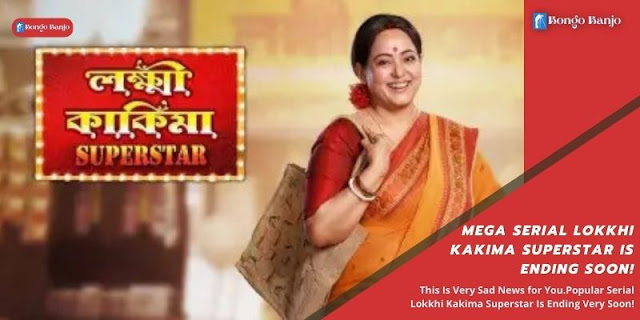 Lokkhi Kakima Superstar comes to an end and Aparajita Adhya writes about the horror of the shooting floor.

It was already in the news that Lokkhi Kakima Superstar is about to end. The entire team including Aparajita Adhya completed the shooting on the last day of this serial yesterday.

After the last day of shooting, an emotional Aparajita Adhya poured her heart out on social media. Wrote about upset.

Aparajita Adhya wrote, 'Today was my last shooting of Lokkhi Kakima Superstar.... When a serial ends….. what happens….. everyone will say what happens again a new serial starts…. That is the rule of life, when something ends, something begins. But every day a family is made by moles, the whole family as all the actors and actresses and artists die emotionally….. and have to suffer that pain many times…. She knows the pain that few people understand….' 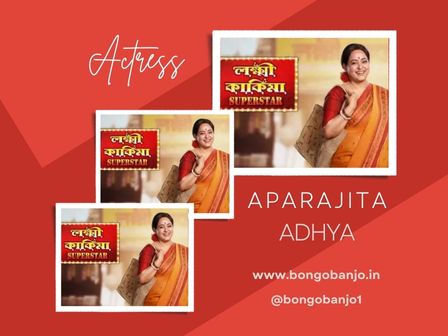 Apart from the film, Aparajita Adhya acted in many mega serials. Through many characters, she has become a personal favourite of the small screen audience.

Her performances in serials like 'Jol Nupur', 'Chokher Tara Tui', and 'Punyi Pukur' have impressed the audience. In 2021, Aparajita Adhya was seen in the lead role in the film Ekannoborti directed by Mainak Bhowmik.

This time Lokkhi Kakima won the hearts of the audience. The TRP of the serial was also good. But not only acting, but Aparajita Adhya also won the praise of the netizens with various videos on social media.

Aparajita Adhya is my favourite actress. She is fantastic. I watch many films. In every film or mega serial, she is excellent.