Actress Sohini Sarkar and Actor Parambrata Chatterjee Paired Up for Director Srijato's New Film. This film tells you a story from reading a book. This film's name is Chol Rastay Saji Tram Line. 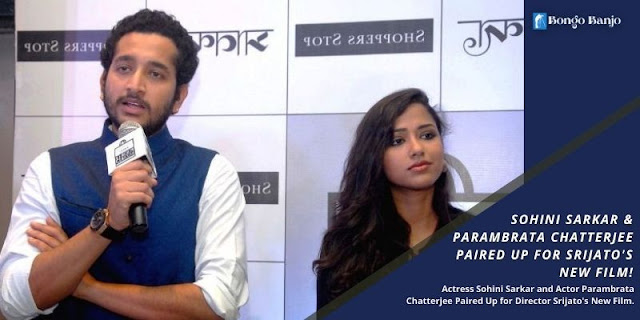 When it was revealed that he was going to direct the film, there was an uproar among readers and audiences. On the threshold of the new year, his first film Manabjamin was released on January 6.

Before that, the plans for the second film of writer Srijato were known at the end of the year. Following the song he wrote, the film's name has been fixed as Chol Rastay Saji Tram Line.

Srijit Mukherjee's Autograph is the song that is still in the mouths of the audience. Two characters are at the centre of Srijato.

Besides them, two other subjects will become characters in this feature film. One is the tram, the other is the College Street bookstore.

The life journey of a poet is closely related to the screenplay of the film. Writing is now in progress. The director did not want to divulge more about the subject of the film until it was completed.

The announcement of the second before the release of the first film?

The poet Srijato laughs and says, "It is also a matter of pressure. I thought the first picture would be the last.

Because in this one year I lost more weight. Anxiety increased, along with exertion. But I saw the final output of Manabjamin.

The colour, sound, and BGM of the film have been done. Now it feels good to see my dream on the screen. Whatever he is. This time I was very surprised.

Because, in the case of Manabjamin, I took the idea to the producer Rana Sarkar. As for the second photo, I didn't even approach anyone. Honestly, I'm a lazy guy.

I have been doing the same thing for a long time. It takes me a year and a half to write a novel. In this case, Rana asked me, "Will you do more films?" I said, "Yes, I am thinking of doing it."

But I don't know yet.' Rana asked to tell if there is a good story. The story about a poet was in my head. He just likes to hear it. And asked to fix the name, who will announce.''

The character of another poet written by the poet will appear on the cinema screen. The audience seems to be very interested. Sreejat smiled and said, "I don't think it will be that much."

Poetry is a very minority art. Just as people get excited when a film is about a cricketer or an actor, a poet is probably the darling of very few. 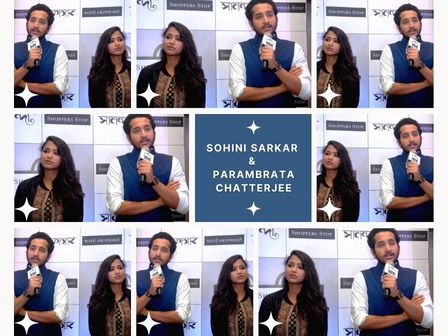 But I wanted to make a film with a poet in the lead role. So far it has been confirmed that the film will feature Sohini Sarkar and Parambrata Chatterjee opposite him. The fact that two people meet is very significant in the script.

Sohini Sarkar says, "We have been talking to Srijato Da for a long time about doing the film, and it is finally happening.

It would be great to work with him. And I am also waiting to see Manabjamin. It is waiting for the writer's film.

Educated, an intelligent man, writes so well himself, I think his film will be good. I have heard the concept of this new film, which Mane is about to give his hand.

I like it.'' Everyone knows that Parambrata Chatterjee is very busy with Hindi-Bengali work. In the meantime, the actor said, "I liked working in Manabjamin.

And I believe Srijato Da has a similar mental wavelength. I liked the idea when I first heard it. I don't know how I'm going to work out at any point, but I'm going to do this.''

The song was ranked third on YouTube trending nationally. Amidst all this, the director is also giving time to plan the second film.