Wings out of the nipple! Urfi Javed showed herself by posting a video on Instagram! She is a social media sensation just because of her fashion statement!

Even the war of words has started in political circles about her clothes. But she has no particular headache about any controversy. Urfi Javed is always in the headlines for her revealing and eccentric outfits. 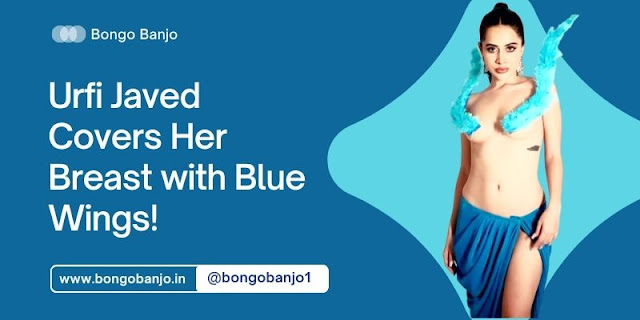 She posted a new video on her Instagram account on Sunday. In which Urfi Javed is seen covering her nipples with a horn-like garment made of blue feathers.

Left breast exposed. Blue slit skirt below. White high heels on the side. A flood of likes flows from the video post.

One netizen wrote, "Every woman has wings of freedom. Just waiting to spread it at the right time and make the dream come true."

Some comment back, wanting to see more videos like this. It should be noted that recently there was a fierce controversy about Urfi Javed's clothes. 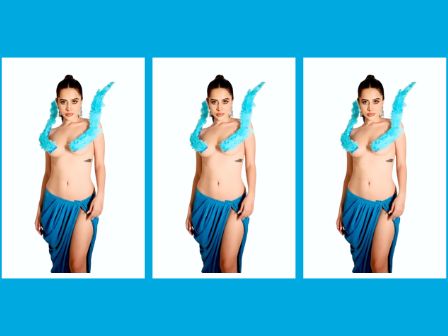 "Urfi Javed is promoting nudity on the streets of Mumbai. She should be arrested immediately. On the one hand, innocent girls are falling prey to the lot's of some low-minded men, on the other hand, some girls are showing temptation in this way," she wrote.

Many wrote under this video that Chitra Wagh must be angry. Urfi Javed also did not leave the BJP leader to punch her.  She posted pictures on social media wearing a backless dress.

In that picture, She tagged the BJP leader and wrote, "There is still a lot to be done. Sorry Chitra Wagh."

Later, Urfi Javed again expressed how dangerous it is to write about politicians on social media. She also expressed her fear of death.