Friends, today we will talk about Pori Moni's Biography, her Wikipedia page, her Age and Date of Birth, her Husband, and more.

Pori Moni is a popular Bangladeshi film and TV drama actress and model. After starting her career as a model, she started her acting career in 2015 and became a popular actress in Bangladeshi films in a short period. 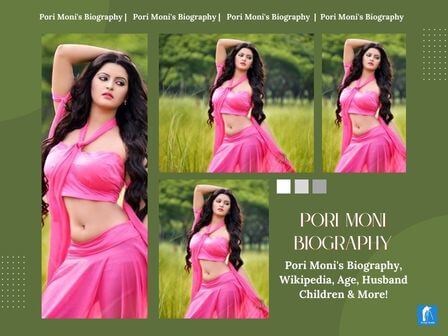 In December 2020, she was included in Forbes Asia magazine's list of 100 digital stars. In today's article, we have shared all the facts about Pori Moni's life and some unknown facts about her.

Pori Moni was born on October 24, 1992, in a Muslim family in the Satkhira district of Khulna, Bangladesh. She was born Shamsunnahar Smriti and later became popular in the film world as Pori Moni. 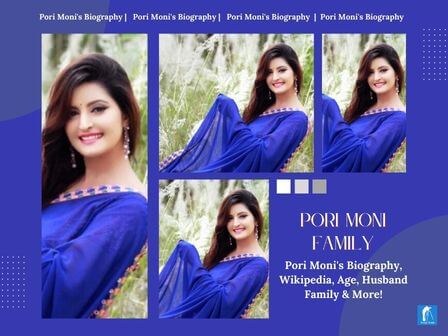 Her father, Monirul Islam, was a businessman, and her mother, Salma Sultana, was a housewife. Her mother died when he was only 3, and her father also died in 2012. She was brought up by her paternal grandfather, Shamsul Haque, in Pirojpur.

She grew up in Pirojpur, Bangladesh, and did her secondary and higher secondary education there. She was then admitted to Satkhira Govt College with Bangla Honors and relocated to Dhaka during her studies.

Her personal life is always a source of contention. In her personal life, she faced numerous accusations, rumours, and controversies. Currently, she is married, and she is in relationships with many others.

She married her cousin Ismail Hossain in 2010, but their marriage ended two years later, in 2012.
Then she got married to footballer Ferdous Kabir Sourav in 2012, but this time they got divorced after two years in 2014. 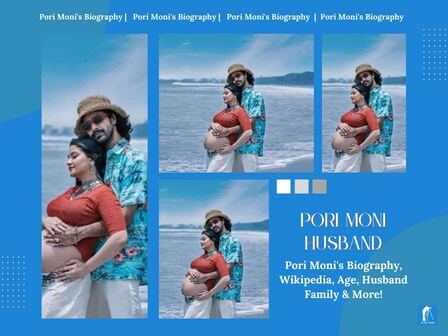 She got engaged to radio jockey Tamim Hasan on February 14, 2019, but later broke up with him.
Then she married film director Kamruzzaman Roni on March 9, 2020, but their marriage ended in divorce in the same year.

She married Bangladeshi film actor and model Shariful Raj in October 2021, and on August 10, 2022, she and Shariful Raj had a son named Shaheem Muhammad Rajya.

Pori Moni started her career with modelling. In 2013, she made her television debut with the serial 2nd Innings.

Her first feature film was titled "Rana Plaza," which was based on the Rana Plaza disaster, but the Bangladesh Film Censor Board refused permission to release the film, saying it was a national disaster that people could misunderstand.

Then, in 2015, her first film, Valobasha Simahin, was released. Six of her films were released this year. 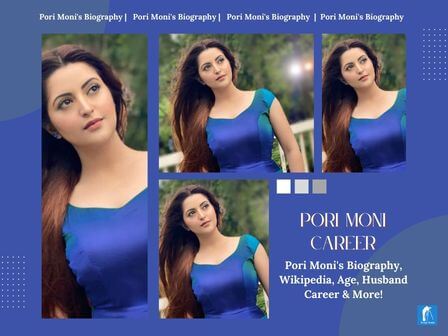 In one of them, he acted with the popular superstar actor of Bangladesh, Shakib Khan, in the film Aro Bhalobashbo Tomay. This film did well at the box office.

After that, she gradually made her place in Bangladeshi films and acted in many films. Among the films she acted in, Aro Bhalobashbo Tomay, Rokto, Dhumketu, Swapnajaal, Bishwoshundori, and Shona Bondhu are among the most popular.

She has worked with popular actors in Bangladesh like Shakib Khan, Bappy Chowdhury, Siam Ahmed, and Mosharraf Karim. Apart from films, she has acted in many TV serials and short films. Below are the names of all the movies she has acted in.

Pori Moni has been in controversy many times for her bold scenes and films.

On 8 June 2021, Pori Moni filed a complaint against Nasir Uddin Mahmood, a National Party politician and businessman, for sexually assaulting her at Ashulia's boat club in Uttara.

She demanded justice from Prime Minister Sheikh Hasina on Facebook. Nasir Uddin Mahmood and businessman Tuhin Siddique Ami were arrested by Bangladesh police on 14 June but Mahmud was later released on bail.

A week later, Pori Moni was accused of vandalism at the Gulshan All Community Club. Club president K.M. Alamgir Iqbal accused her of club vandalism in a press conference on June 7 night. 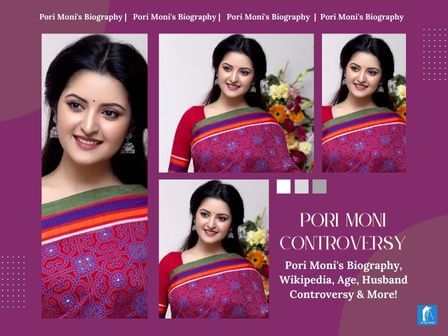 On August 5, Dhaka court magistrate Mamunur Rashid, Pori Moni and film producer Nazrul Islam Raj was granted 4-day remand. A case under the Narcotics Control Act, of 1990 was filed against the two in separate drug cases.

On August 31, Judge KM Imrul Kayes of the Dhaka Metropolitan Sessions Court granted bail to Pori Moni after spending 27 days in jail and she was released the next morning.

Some FAQs About Pori Moni

Question: Who is Pori Moni?
Answer: A popular Bangladeshi actress and model.

Question: What is the name of the first film Pori Moni?
Answer: Valobasha Simahin (2015). 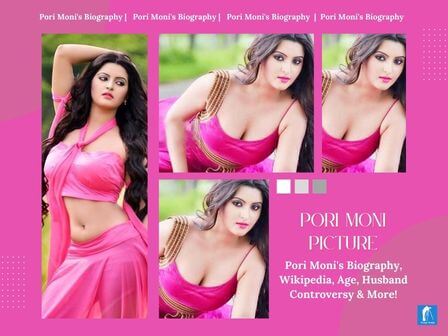 This article Bongo Banjo shares the Biography, Wikipedia, and Life Story of Indian Film Actress Pori Moni who is a popular Bangladeshi actress.