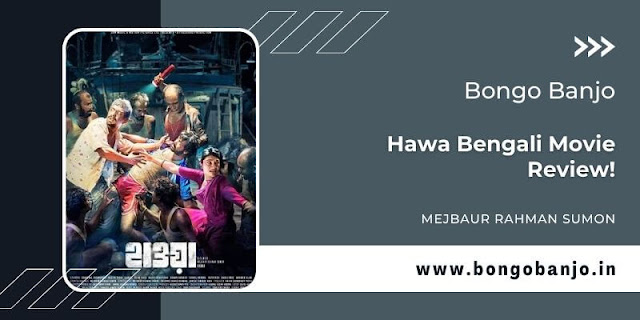 This is the first time I have heard his name in Bengali. Humayun Ahmed, Tarek Masood, Morshedul Islam, Mustafa Sarwar Faruqi, Kazi Hayat, and Enamul Karim Nirjhar were familiar with their names and films.

For the first time, just a month ago, Mejbaur Rahman Sumon appeared at the Bangladeshi Film Festival in Kolkata, almost causing a tsunami.  The name of the film is Hawa!

Entrepreneurs are forced to show up at least four times during the five days of the festival. Still, the crowd to see Hawa remained the same. Perhaps the fruits of that success were released in Hawa!

Yes, it can never be denied; no Bangladeshi film could have created such a storm in Kolkata. Even Zaheer Raihan's famous film Jibon Thekey Neya, made during the Bangladesh War of Independence in the 1970s, was not very popular.

Director Mejbaur Rahman Sumon has combined a folk tale with his story in such a beautiful way that the audience is sitting in their seats for almost two and a half hours with anxious hearts wondering "what is going to happen?"

The USP of this film is the fishing adventure with trawlers in the deep sea. Simply looking at the canvas astounds the audience. If the story of the film is not there, stay out. 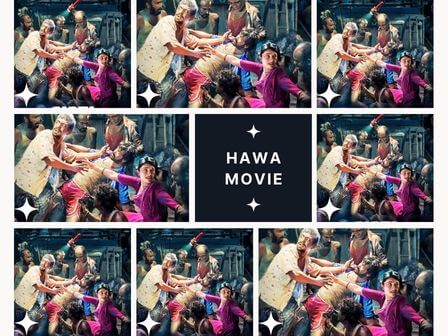 But let's just say this: a middle-aged Chan sailor with almost a whole bunch of men went fishing in the middle of the river. A beautiful young woman suddenly appeared in the net behind a huge-looking sumo fish.

But the women in the prison boat are segregated! Stay tuned for what happens next. One of the reasons for the film's huge popularity is that Bangladesh has never seen a film on such a large canvas before, and the masterful professionalism in the work of almost every technical department is evident.

Another reason is that every actor in the film is giving a very close-to-the-ground performance! Chanchal Chowdhury, who plays the main character Chan Majhi, elevates the film to new heights.

He has realised the heart of the character and done the job so well! Saiful Raj, Suman Anwar, and the almost silent Nafiza Tushi, with their unique twists, have been part of a great collective effort.

The dance, teamed up with the song "Tumi Bondhu Kala Pakhi," composed by Suman Chowdhury, became commercial but involved with the atmosphere and surroundings.

After this film, we hope that the name of director Mejbaur Rahman Sumon will be mentioned not only in the commercial genre but also in other genres of cinema in Bangladesh.

But a few days ago, I saw a film called "Ocean Angel" by Sri Lankan Aruna Jayawardhana. Much of the story is similar to this. Even in filming. I don't know, it's a coincidence!