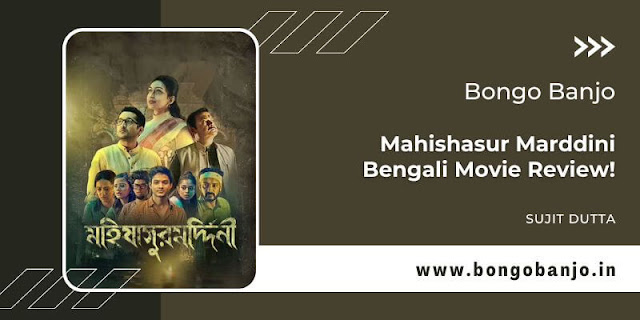 Ranjan Ghosh, who made clean films like "Rong Beronger Korhi", "Hrid Majharey" and "Ahaa Re", seems to want to see a new direction in his cinematography.

He is probably trying to break the current grammar of cinema and make a union between drama and cinema. The background of his latest film, Mahishasur Marddini, is the fourth and fifth days of Durga Puja.

An elite family's Durga Puja building is inauspicious. That place is like a drama stage. A group of young men and women, including political leaders Saswata Chatterjee and Parambrata Chatterjee, Saheb Bhattacharjee, and the main female character of the film, Rituparna Sengupta, appeared there one by one.

After a few days, she will go abroad to go on a space expedition. On the one hand, science; on the other, the invocation of Mahishasur Marddini. Where there is more focus on religious emotion and weakness than logic.

At the beginning of the film, a teenage schoolgirl is shown being raped. It was reported that on one side, Kumari Puja is being performed, and on the other, Kumari Rape is going on.

So the beauty of women is only a source of wealth or danger? Such questions are raised in the screenplay. It takes a long time to realize that the building is a stage for the Durga Puja. 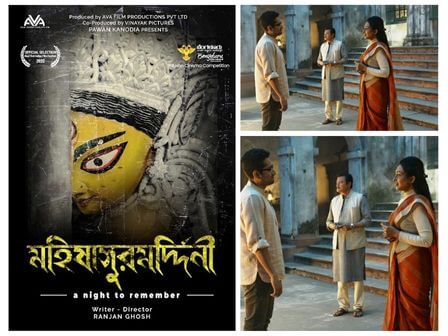 When Saswata Chatterjee and Rituparna Sengupta enter, it is clear that the director is going to create the atmosphere of the stage. The next morning, the decoration of the Maa Durga will be completed.

Because the house is the residence of these young students. Rituparna Sengupta, whose mother is almost their guardian. Rituparna Sengupta and Parambrata Chatterjee shared not only the story of rape, but also stories of women's torture.

Sometimes there are incidents of communal riots, although they seem very staged. Yes, Ranjan Ghosh wants to create a relationship between cinema and drama.

But where is it going smoothly? Only the last scene made sense to watch during the drop scene. So far, the director has arranged a play in the Durga Puja building.

A fire burned all night in the middle of the building. That's probably for the convenience of cameraman Shubdeep Roy's work, and no other reason is clear.

Did Saheb Bhattacharjee's character's arrival and departure add anything to the screenplay?

Another question: When it comes to violence against women, is it written somewhere that things like rape, family inequality, and blaming women for not having a son must be kept in the screenplay? 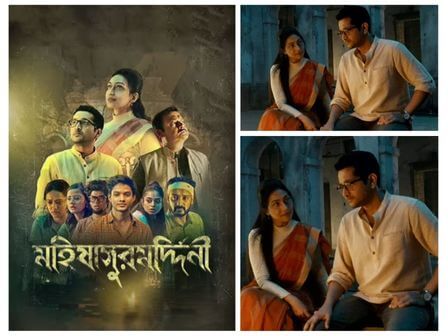 The main point of the film is to identify the demons and bandits of society; they have to be exterminated. That is the real purpose of Durga Puja. But after seeing the whole film, will the audience return from the hall with that understanding?

Ranjan Ghosh wished to defy cinema's conventions. However, the choice of the subject did not match the drama or the cinema. There was a mess in the screenplay and filming.

However, his efforts cannot be discarded at all; if the audience watches the whole film, they will get a slightly different idea. But the question remains as to how much enjoyment it will give him.

Abhijit Bose's background music certainly tries to keep pace with the flow of the film, but the screenplay is the one that fails.

Ranjan Ghosh needs a little more time, experience, and a combination of deep aesthetic thinking to establish a friendship between the grammar of cinema and the grammar of drama.