"Support Bengali cinema." This word has been "trending" for a few months to save the Bengali film industry. 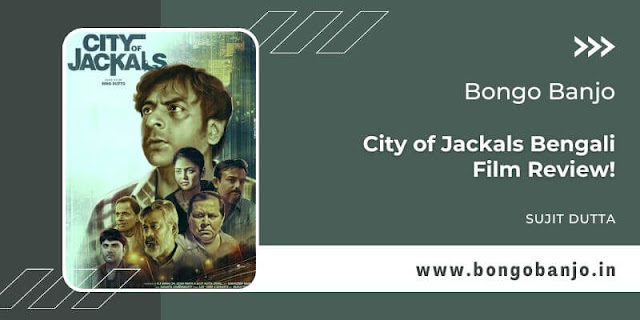 Right now, "Ballabhpurer Roopkotha" or "Dostojee" is playing in cinema halls. This proves that the audience is not often wrong in recognizing good cinema.

Another Bengali film, "City of Jackals," was released on Friday. Sujit Dutta directed this film. Does the audience like this film? Still waiting for the answer. But the film's production gives us some hope.

Before saying that, the story of the film needs to be told a little. Originally made in the style of a thriller, the director committed a double murder at the beginning of this film.

A construction building. Along with that, a briefcase containing a large amount of money also disappeared from there. Which fell into the hands of the construction workers for the building.

After that, the story of the film started talking about two classes of society. The extremely wealthy fall into one category. Another category is the marginalised population of the city.

Those who have migrated to Kolkata from other districts for the sake of their livelihood. Then they got involved with the dusty and toxic air of this city.

The two classes have only one thing in common. How to earn more money. Not exactly earning. Saying how to get more money in hand at any cost.

Finally, that bundle of money became the protagonist of this film. The main target of both classes of people is that huge amount of money.

At the very beginning of the film, the mystery gathers with the murder and then Santilal Mukherjee's police officer character's arrival.

But then, as time progressed, the story seems to have come out. And after a break, let it become looser. That is why, as an audience, all expectations for the film are dashed before the final surprise or the climax shooting scene.

The real "villain" of the film is undoubtedly the screenplay. It is difficult to say in detail. Because then "spoilers" can come. 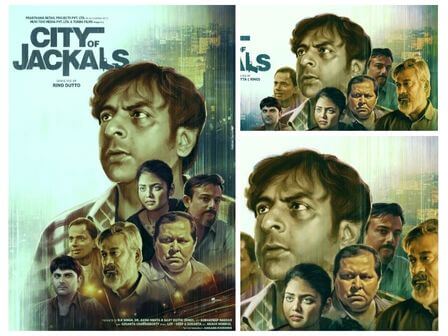 However, it can be said that importing two classes of society and numerous characters together is probably the biggest mistake.

And that's why no character is carefully developed. So the audience should not develop any connection with them separately. As a result, the minimum possibility of catharsis spoils the film.

However, Santilal Mukherjee's performance is very good. He makes the character of the angry, bad-tempered police officer very believable.

What could not be done by Joy Sengupta in the role of the craftsman? As believable as his clothes and house. But his acting is so bad. Because he is the main character of the film, this causes the film to deteriorate.

The chemistry between Saayoni Ghosh's character is also not clear. However, Saayoni Ghosh has given a lot in terms of acting. Moreover, the character had nothing special to do.

An experienced actor like Kharaj Mukherjee is mediocre in this film. Although much of his responsibility rests with the screenwriter. But Deboprasad Halder's performance as the dead promoter's brother is not bad.

I like the use of drones in this film. The way the costumes and locations have been made "realistic" deserves praise. But the music and the background music do not sound like that.

The editing is also very bad. As a result, scenes that could have had surprises, do not accumulate. It seems predictable.

It should have been understood that it is not possible to hold the audience by simply showing one murder scene after another.

Finally, it needs to be more "tight" to consolidate the narrative of foxes on the prowl across the city. But the weak screenplay nixed that possibility early on.

The rest is done by mediocre acting and careless editing. Will the audience still stand by such a film? Leave it to them.