Friends, today we will talk about Mahiya Mahi's Biography, her Wikipedia page, her Age and Date of Birth, her Husband, and more.

Mahiya Mahi is a popular Bangladeshi actress and one of the highest-paid actresses in the Bangladesh film industry.

She started her acting career in 2012 with the film Bhalobasar Rong and within a short time made her place in the Bangladesh film industry. 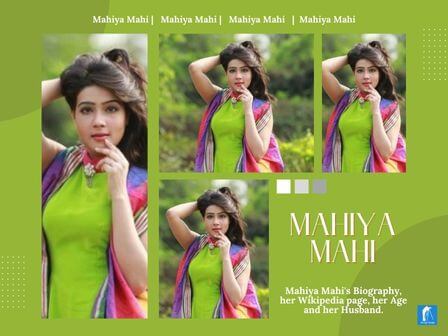 She not only in Bangladeshi cinema but also worked in Indian cinema in joint productions between India and Bangladesh.

In this article, we have shared all the facts about Mahiya Mahi's life and some interesting facts about her life.

Mahiya Mahi was born on 27 October 1993 in a Muslim family in Rajshahi, Bangladesh. After Mahia Sharmin Akhtar was born as Nipa, the name Mahiya Mahi became popular later in the film industry. Her father is Abu Bakr Khokon and her mother is Dilara Yasmin Sabi.

Then She graduated from a private university Shanta-Mariam University of Creative Technology with a degree in Fashion Designing.

Mahiya Mahi has been involved in many relationships. She had a romantic relationship with actor Symon Sadik.

In May 2016, she married a businessman Mahmud Parvez Opu from Sylhet. After 5 years of marriage, their marriage got divorced in 2021 due to some reasons.

On 13 September 2021, she got married for the second time to Rakib Sarkar, a businessman and politician from Gazipur

In 2012, Mahiya Mahi made her acting debut with the film Bhalobasar Rong. This film was very successful at the box office.

In 2013, she had 4 films released, one of which was the most successful film, Bhalobasha Aaj Kal, where she acted for the first time opposite one of the superstars of Bangladesh, Shakib Khan.

As this film became a success at the box office, the pair of her and Shakib Khan was loved by the audience. Her performance in the film wins people's hearts.

In 2014, she acted in the film Agni opposite Arifin Shuvoo. This female-centric action thriller was a box office success and she also won the Best Actress award for her performance.

In 2015, she starred in the India and Bangladesh co-production Romeo vs Juliet opposite popular Indian-Bengali actor Ankush Hazra. 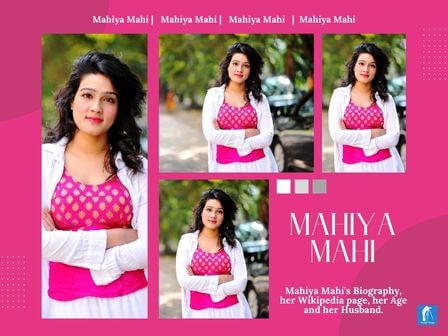 This year she acted in another Indian and Bangladesh co-production Agni 2 opposite another popular Indian-Bengali film actor Om Sahani.

In 2017, She acted in the film Dhaka Attack in which Arifin Shuvoo, ABM Sumon and Taskeen Rahman played the lead roles.

This film was a box office success. This film is winning the Best Film Award at the 42nd National Film Awards of Bangladesh.

After her marriage, her friend Shahriar Islam Sawon uploaded some private photos of Mahiya Mahi on Facebook. And he claimed that he married Mahiya Mahi in 2015. 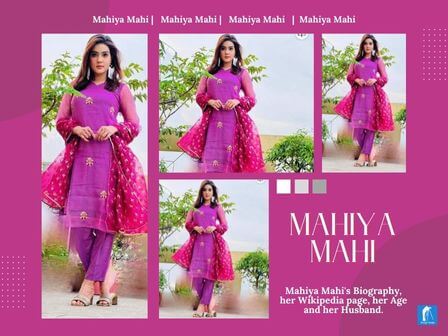 But Mahiya Mahi denied this claim. She filed a case against Shahriar Islam Sawon under the ICT Act for uploading her personal photo on Facebook.

Her favourite food is french fries and mushrooms. She likes pink and red colours. Mahiya Mahi's hobby is travelling. Her favourite place is in Mexico.

Some FAQs About Mahiya Mahi

Question: Who is Mahiya Mahi?
Answer: A popular Bangladeshi actress.

Question: What is the name of Mahiya Mahi's first movie?
Answer: Bhalobasar Rong (2012). 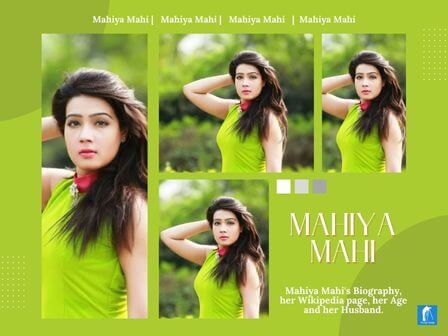 This article Bongo Banjo shares the Biography, Wikipedia, and Life Story of Film Actress Mahiya Mahi who is a popular Bengali actress from Bangladesh.

Mahiya Mahi is a very good actress. I watch many films. Especially Romeo vs Juliet is my favourite film from her. Mahiya Mahi looks beautiful in this film. This film's popular song is also "Mahiya Mahiya".