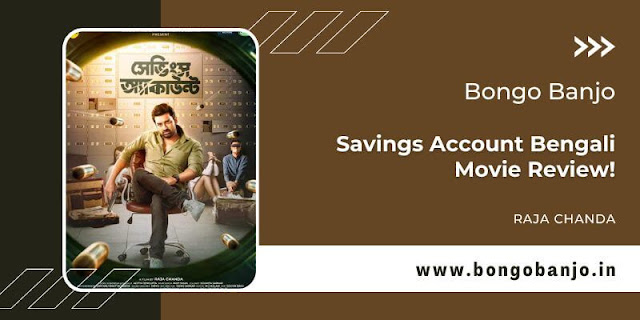 Watch Bengali cinema and support Bengali cinema. I sat down to watch the Bengali movie Savings Account with that good intention, but the rest is history.

First of all, I like Ankush Hazra's look very much, the light moustache and beard are very nice on the face.

That's it. Politics is forbidden here, but now the Bengali film industry, especially cinema and serials, is difficult to say without politics.

Because politics and cinema are closely related in West Bengal. In the whole film, our actress and politician Sayantika Banerjee could not decide what to do, acting is so far.

The commander arrived there after a bank robbery. Then in the end a good teacher was the radicalized cause of religion. Later everyone found out that he was not a radical. He was a good teacher.

But even then there was no word, no message, no call to receive any instructions, from where a commander came and shot him. What is meant by these can be understood? 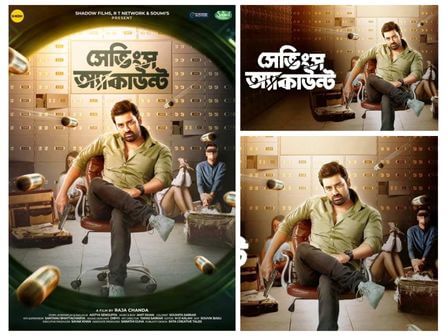 Ankush Hazra is occupying the bank and calling from inside the bank, the police are sitting outside with a computer looking for his location, are these acceptable?

The director who made this film does not know about this. Ankush Hazra is calling from the bank. Why should know his location again?

Ankush Hazra repeatedly said that he wanted to open a savings account. But we did not understand why? This film is decorated with so many wrong things.

But it could have been a good film if the story had been served properly. But the director has completely messed up. I wasted my time and support Bengali cinema. But when will Bengali cinema stand?

Just think that Bangladesh was born in 1971. About 34 years after India. How can they create such content? Just think about it.

After watching it I scolded myself for wasting two hours. Very poor execution. The Zee 5 originals are mostly disliked. I have seen many content.

Read More: Taranath Tantrik Has Arrived on the Big Screen!