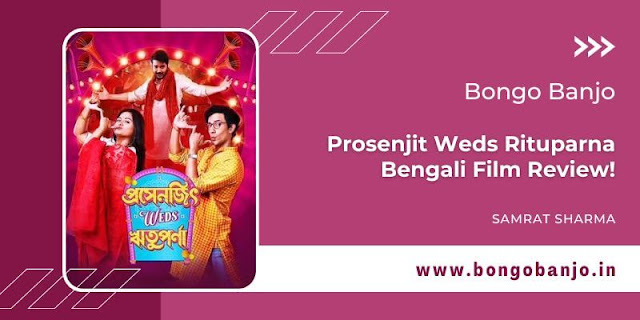 At the moment, the magic of Prosenjit Chatterjee has not gone away, it is going to be proved again in the recently released film named Prosenjit Weds Rituparna. The name itself is not only brilliant but also very suggestive for the general audience.

Already on the big screen, the romantic chemistry of Prosenjit Chatterjee and Rituparna Sengupta has created an image in the mind of the audience.

Director Samrat Sharma named the film like this to bet on the box office by using that romantic image in the mind of the audience. Moreover, the entire film is full of laughs and funny drama twists, and arrangements of old popular songs are not left out.

Even the director, Samrat Sharma, surprised the audience at the end of the film with Prosenjit Chatterjee and Rituparna Sengupta. The names of the actors and actresses in the film are Prosenjit and Rituparna!

But as that was not possible, Rituparna had to put a garland around the neck of a bank employee named Prosenjit. However, knowing that his wife likes Prosenjit, he vows that he will introduce his wife to Prosenjit at any cost. 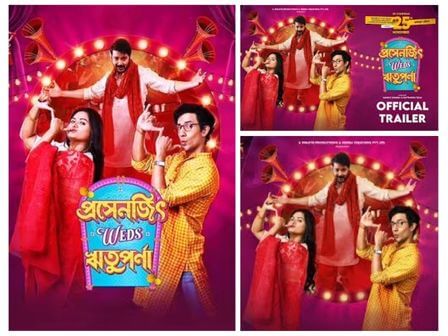 By the way, from then on, the screenplay progresses through various moments of laughter, fun, joy, and sadness. They appeared in front of Prosenjit Chatterjee himself in a programme called Saat Paake Bandha on a TV channel.

And the rest of the acting! Yes, Rishav Basu and newcomer Ipsita Mukherjee have done their jobs in the two lead roles. Abhijit Guha, Manasi Sinha, Bhadra Bose, and Reshmi Sen have provided laughter equally.

The point is that Prosenjit Weds Rituparna is quite a feel-good film. If you watch, it will make you feel better.