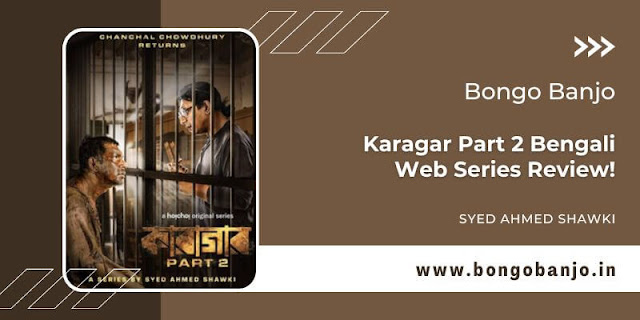 Chanchal Chowdhury. Following the famous fan advertisement, it is said that the moment's name is "Sirf Naam Hi Kafi Hai."

Everyone remembers the long queue of people waiting to watch his film "Hawa" at the Bangladesh Film Festival at Nandan last month.

As a result, it is natural that interest in seeing his new work will reach its peak. There is a lot of interest in the "Karagar 2" web series.

The wait started right after the suspense of the first episode ended. Finally, "Karagar Part 2" was released on Thursday.

Curiosity peaked among the OTT stage audience. But could this web series, directed by Syed Ahmed Shawki, fulfil the expectations?

Suddenly a stranger appeared in cell number 145 in Akashnagar Jail. He claims that he has been imprisoned for 250 years! from the time of the battle of Palashi! Mir Zafar's assassination!

This is how the first episode of this web series was released last August. But as the story progresses, it becomes clear to the audience that the mysterious character has come to this jail for a particular purpose.

What is that purpose? In the very last episode of the first episode, Tasnia Farin learns that Chanchal Chowdhury's character's real name is David Adam. Although he seems to have been mute and deaf for so long, he can speak and hear.

And the new episode begins right here. It is known that David Adam arrived in prison on a specific mission.

However, although the main interest of the audience is in the character of Chanchal Chowdhury, there are many subplots in this web series. 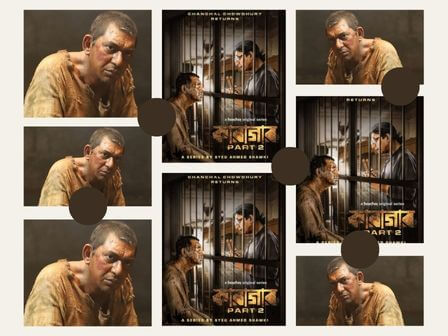 There was also interest surrounding them. A pregnant young woman named Maha from District Mostak, and other characters were also in crisis. And here, you should be disappointed as an audience.

While the first part is quite thriller-like, the second part is far less dramatic. The screenplay contains a few flaws.

The director couldn't care less about the sub-plots while giving space to Chanchal Chowdhury. So ultimately, expectations don't have to be met.

Tasnia Farin gave an outstanding performance as Maha. Like the first part, she is fluent in the second part as well. But her story ultimately fails to create the expected "impact."

The most surprising thing is that the officer who brought Maha in front of Chanchal Chowdhury was not given any importance.

The question of why he kept watching his room on the phone's CCTV system remains unanswered.

As mentioned earlier, the director's main aim was to highlight David Adam's crisis. There is also a problem. After a few episodes, however, the climax is fairly predictable.

Moreover, although Bangladesh's liberation war is presented as a motion picture in this web series, there should have been a little more projection of that turbulent period. Even if you touch the marketability of that time, you can't touch the whole thing. 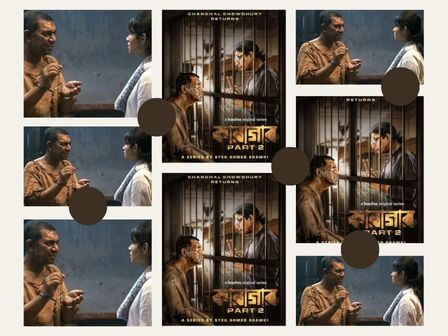 So the Karagar Part 2 web series did not win the hearts of the audience? but it is not. In this context, it can be said that as a thriller, the excitement of the first part is missing.

Yet as a narrative of motherhood, this web series creates an illusion. Not only the anecdote of Chanchal Chowdhury but also many other cases of mother-child relationships have surfaced again and again.

Behind this, the real emphasis is acting. Everyone's acting is amazing. Tasnia Farin and Intekhab Dinar have already been mentioned. The character of Raju must be mentioned separately. The actor in that role has given a wonderful performance.

And what about Chanchal Chowdhury? What else can be said about him? In the first part, his only "weapon" was his eye language.

In the first part, only eye language was his "weapon." He has dialogue in his mouth in this part.

But he did not avoid the appeal of the eyes. The way Chanchal Chowdhury uses facial muscles in acting also highlights the "range" of his acting time and again.

It becomes clear once again that his growing popularity among the two Bengals is not unwarranted.

The use of the camera in the film or the background music—everything is impeccable. Enjoy the eye-catching scenery of the original and authentic rural Bengal of Bangladesh.

All in all, the full Bengaliana of Karagar Part 2. Despite not meeting the expectations of the first part, standing in front of its emotional story at the end adds a lot to the audience.

Syed Ahmed Shawki's web series will undoubtedly be an example of what could have been an excellent web series barring the pointless use of tickling and abuse in the name of gratuitous sex.