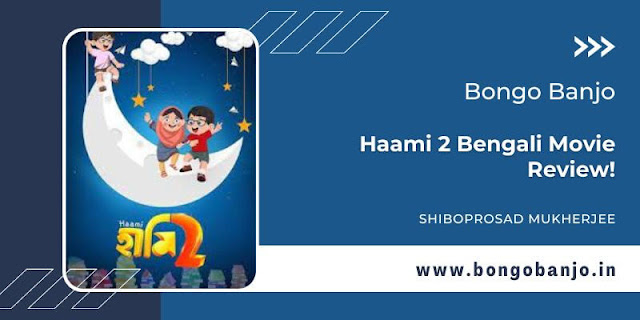 Shiboprosad Mukherjee and Nandita Roy told the story of the sweet friendship of children and modern parenting. Laltu and Mithali return for the third time in Haami 2.

Although called a sequel, Haami 2 has nothing in common with the story of the first film except for the return of this pair.

The story of this film revolves around the extreme reality of reality shows, the friendship of children, the pressure of fulfilling the wishes of parents, and the growing up of a prodigy in a middle-class family.

The screenplay has a very important message, which is the trademark of the Shiboprosad Mukherjee and Nandita Roy pair.

One of Mithali's dialogues in the film goes like this, "Even after taking the school job test seven times, the name did not appear in the list".

As a child, I wanted to be a school master and now I am a stool master. From this, the socio-economic position of Laltu Mandal becomes clear.

He now sells toilet tools. And he will be waiting for letters or phone calls about government jobs. Their little family with Bhepu (Ritodeep Sengupta) and Chinu (Shreyan Ghosh).

Mother Mithali (Gargee Roychowdhury) harbours excessive hopes for their wonder boy, Bhepu. Father Laltu (Shiboprosad Mukherjee) is less than, or rather, thinks that the son should get time to play.

But the little kid says the multiplier is 43! says the longest combination of addition, subtraction, multiplication, and division. The story characters of the epic, the patriots of the nation, are on his lips. 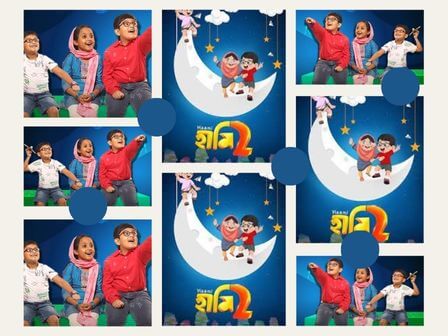 As the jewellery maker gets to know about jewellery, child artist agent Prashant Chakraborty (Kharaj Mukherjee) also comes to pull the wonder child.

The agent handles the crowd of "Junior Sarada" on one hand and "Choto Rasmani" on the other hand with skill.

Mithali believes that he will make Bhepu "famous" or 'viral'. Bhepu must write his name in the reality show.

The senior master of Laltu Babu's Bengali school, whom everyone calls Nitai Jatha (Anjan Dutt), is also amazed by the child's talent. The master showered the little Siddharth with affection.

He reminds him, "Don't be surprised; one day you will be surprised." Damn, a boy who can dazzle with a flash of genius in 30 seconds, can he stop?

Let's remember childhood, friendship, and the playground. Competition is ahead, and the cold room of reality shows it. Brother Chinu watches his elder brother on TV and in street cutouts, but they don't have time to play together.

Bhepu is anxious. The mother fell under the clutches of the agent but understood that her son would not be lost. Bhepu befriended little Ruksana while on the reality show.

Only parents pour the poison of competition into their friendship. The child who was once special and whose parents were desperate to prove his specialness to the world became their earning weapon.

By then, the kid had become the reality show's TRP ruler. Once the quality of the talent is discovered, they begin another approach to selling him.

The criteria for that marketing may be poverty, illness, or any other vulnerability. As is happening in many children's lives now. Competition for Haami 2 questions.

The hitmaker-director duo reminds the parents that it is their responsibility to understand their child's state of mind. 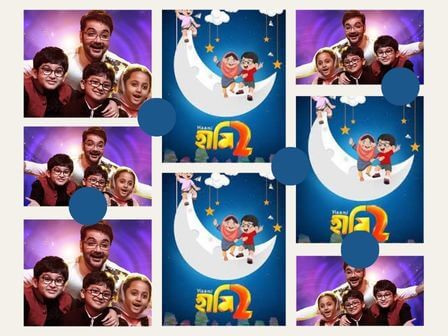 In the film, I see Laltu talking about stopping the race. And Nitai Jatha said, "Later, new wonders will come, and one day they will occupy the place of Chinu." Anjan Dutt's performance in this episode is eye-watering.

It can be said that he is the "show stealer." Can winning a competition be more rewarding than learning something or being creative?

Haami 2 highlights the pros and cons of children's competition. The director-writer duo has woven the message of harmony into the screenplay.

A lot of melodrama has been resorted to just to give a touch of comedy in some parts; otherwise, it would be a complete package.

The "Junior Pandit" show runs for much of the second half. In the climax episode, see if Bhepu can finally live up to everyone's expectations or not.

Prosenjit Chatterjee is very smart in his role as a host. Shiboprosad Mukherjee played the role of a middle-class father. Gargee Roychowdhury fulfils the needs of the character of a mother desperate to fulfil her dreams.

The three child actors, Ritodeep Sengupta, Shreyan Saha, and Aritrika Choudhury, want to adore them when they see them on screen.

I like children's songs. Music composed by Anindya Chattopadhyay and background music by Prabuddha Bandyopadhyay.

But the length of the film could have been shorter. The first "Haami" is not to forget, but the challenge of the second is to overcome him.

The film's best achievement is showing the rainbow of friendship on the complex map of competition. It will shock the hearts of adults and children.