Friends, We'll be reviewing the Bengali movie Hatyapuri today. Can Indraneil Sengupta become "Feluda" under the direction of Sandip Ray? 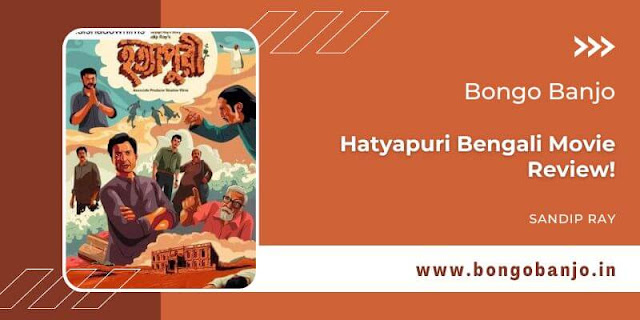 Feluda's storytelling style is known to all of us. And the stories are there. Among all the stories that have been made into movies so far, Hatyapuri has little action but more adventure.

And, in these changing times, where there has been a radical shift in Bengalis' sense and sensibility, the risk of making a film based on a Feluda story is not diminished.

But director Sandip Ray took that risk. And the bigger risk is the appearance of a new Feluda in this film.

You can carry the burden of the legacy of "Feluda"! So how did this new Feluda film do? The bigger question was, what did the new Feluda do?

And the answer to this question is: Yes, Indraneil Sengupta did. And not only passed but "passed with flying colours!" in the words of Lal Mohan Babu.

It is not difficult to understand from the very first scene that the steering of the character of "Feluda" is in the hands of actor Indraneil Sengupta, and he is a skilled driver.

And the matter of coming to Puri by driving Lal Mohan Babu's car instead of the train is still relevant today. Sandip Ray could have sent him to Puri by flight.

But this Feluda will be like that; he loves running. There is no adventure in the story, but Feluda's adventurous nature is evident in this subtle touch.

Looking at Indraneil Sengupta's performance, it is clear that he did not take the pressure of "Legacy" onto his shoulders. He is like no one else. 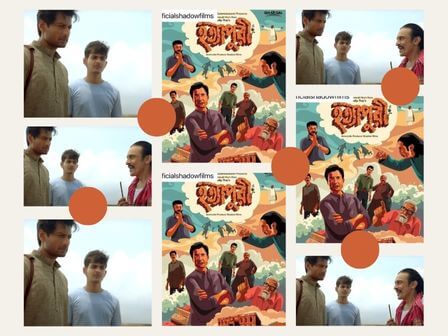 His sharp face, presence, cigarette smoking, and smile on the corner of his lips did not seem like he was imitating anyone. I am still reminded of the late Soumitra Chatterjee.

The story has progressed according to the textbook. In the absence of Sidhu Jatha, Feluda takes the Internet—this small addition by Sandip Ray reminds us that this is not 1973-1974.

But adding a few more layers wouldn't be bad. Then there was the "Skylab" frenzy, and in today's context, there could have been a notable event in the pre-Covid period.

After Indraneil Sengupta, the one who needs to be mentioned is Abhijeet Guha. Casting Lal Mohan Ganguly is probably more difficult than "Feluda." Sandip Ray has also done that very successfully.

Lal Mohan Ganguly is what comes to mind—a very imaginative, funny, witty, yet a little naive Bengali, seemingly timid and weak, but inside he is an honest and brave friend, a good man. 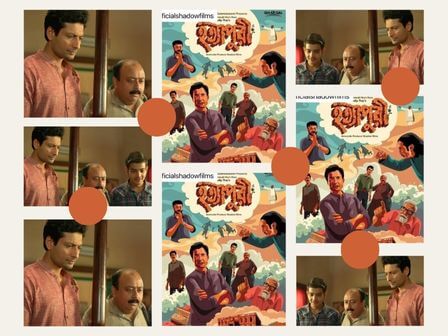 But Abhijit Guha has acted keeping all those aspects in mind, and he is a little bit like that. So Lal Mohan Ganguly's character suits him perfectly.

Aayush Das in the role of "Topse," but without exaggeration, has been consistent throughout the film. But it would have been nice to give him a little more space. Actually, reading a storybook and watching a movie is not the same experience.

And during the period this story, almost fifty years have passed. But Subhasish Mukherjee will always be this way, with a slight variation in the spectacle. Their race is up to that point.

Subhasish Mukherjee is therefore a "perfect fit." It remains a pity that an actor like Supriya Dutta was not utilised as much.

To watch Hatyapuri, directed by Sandip Ray, one can go back to the textbook. The round table discussion at the end seems a bit long, but it brings back the old flavour.

All in all, Hatyapuri must be seen meeting with Feluda this December. And the man of the match is Indraneil Sengupta.