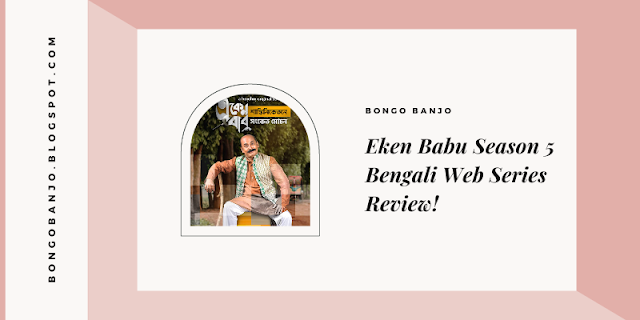 Eken Babu embarks on another crime-solving adventure, this time in Shantiniketan. This makes it a rare and fairly exciting setting for crime stories.

It's out of our vision about thinking detective. A simple foolish like Bengali people who to become a directive that makes this series. No high story just acting & comedy full in this series.

Four seasons and an enthusiastic fan base after that, this is a  new season of eccentric detectives who look like typical Bengal and solve the case in their unique way. The fifth season will be premiered during the Durga Puja.

This time, the eponymous Ekken Babu will tour the famous Bisbaba Rathi city, Shantiniketan, founded by Rabindranath Tagore. Surprisingly, the peaceful town is engulfed in a mysterious affair with its signature detection capabilities.

He is accompanied by his usual companion, Soumya Banerjee. A long-awaited web series created by director Anirban Malik that takes advantage of the already established and cherished comfort zones. Anirban Chakrabarti replays his role as the eponymous Eken Babu, and Smo Banerjee is also part of the cast.

Hoichoi dropped a simple teaser for the official announcement of the long-awaited series. Viewers can get a glimpse of Bengal's detective suspenseful Shantiniketan adventure habits, unscrupulous manners, and snapshots based on the detective story by Sujan Dasgupta. 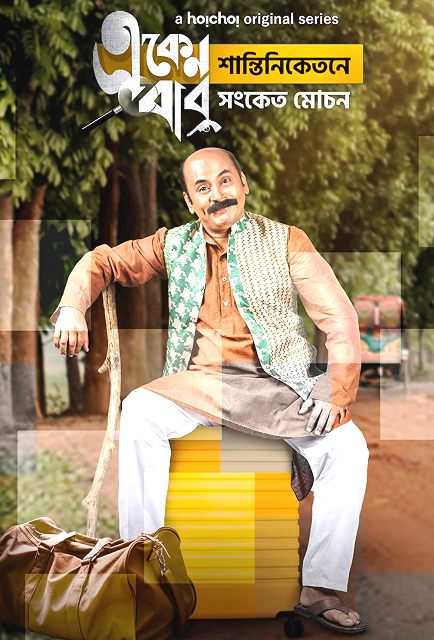 It is an exquisite blend of both humor & thrill. I like the humor part. Already 5 seasons have been launched & it is Hoichoi's one of the beloved series. You can binge-watch this show with your whole family, undoubtedly it won't disappoint you.

Before, I enjoyed 4 performances of detective Ekenbab (original work by writer Sujanda Sugupta) with a popularity rate of 8.6 out of 10 points.

We all know the particular nature of the Eken story, which created a new kind of criminal detective that is comfortably staged in a rich and cozy atmosphere, with a strange combination of comedy and feather-light thrills.

Ekendra Sen, also known as Eken Babu, played by Anirban Chakrabarti, is a very normal-looking middle-aged character who is cheerful and cheerful.

The chemistry between Eken Babu & the supporting character Promotho & Bapi is also the best part of the series. Eken Babu might resemble Feluda's Jotiyu. But the character is unique in circumstances. Hoichoi must carry this show as their signature content for sure.

He sometimes tries to quote Bengali idioms and sayings, but all his attempts are flawed and comically out of context. His Hindi dialogue is notorious for its witness, which is characterized by incorrect syntax and the insertion of typical Bengali slang.

Nevertheless, his eccentric and energetic presence and powerful observing power cannot be ignored. The very bright mood of all his previous websites convinced the audience and is also expected for a fresh season.

Great mystery and thriller storyline peppered with hilarious comic timing by Anirban Chakraborty and his mannerisms, his deduction abilities, along with his accomplices Bapi babu, Promotho, Rupal Mehra makes it a breezy watch. An absolute family favorite relished by all age groups. Easily the best Bengali content out there!