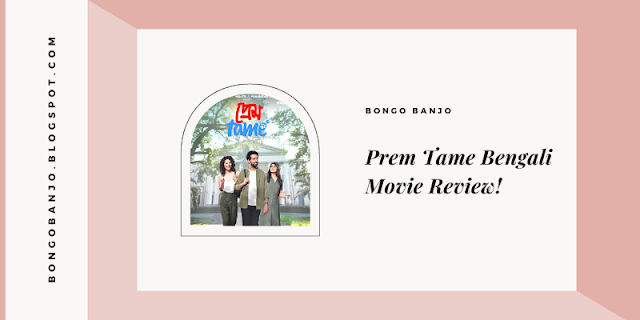 Hello, Bengali movie lovers today our topic is Prem Tame Bengali Movie Review. Falling in love is not forbidden. Pablo agrees to stay with Khagen, his favorite pet. After that, the love graph started fluctuating.

Anindya Chatterjee weaves a story about the days when butterflies fly in the sky. The story of children who have just set foot in college. They fall in love, ‘eat case’, break love. The film will be released on Valentine's Day and Saraswati Pujo week, that's normal. Burnt boyfriends or newly-grown teenagers. Prem Tame film of Anindya will take everyone back to their college days, in an instant.

The story of Pablo (Soumya Mukherjee), Razi (Susmita Chatterjee), and Arshi (Shweta Mishra). They have removed from life all the hesitations and hesitations, just like the good names, they have no obstacle in expressing love.

However, Arshi was in danger when she went for the first kiss. The seniors have to be harassed in front of the whole college.

Arshi stopped coming to the college, the union called in protest on behalf of Pablo. Pablo fell in love with the Dakabuko leader Rajanandini, alias Razi. His love for Razi is such that he will not live without you till the live-in. Pablo agrees to stay with Khagen, his favorite pet. After that, the graph of love began to fluctuate.

It is clear in the second half of the film that the picture is not of average triangular love. Khagen is the real hero of the 'Alsatian neighborhood'.

Pablo's middle-class cowardly love faces the demand that he must first love his pet to win the lover's heart.

Although it can be accepted for the sake of the story, the screenplay stumbles in several places. The live-in relationship has been highlighted in various ways in several recent Bengali films. 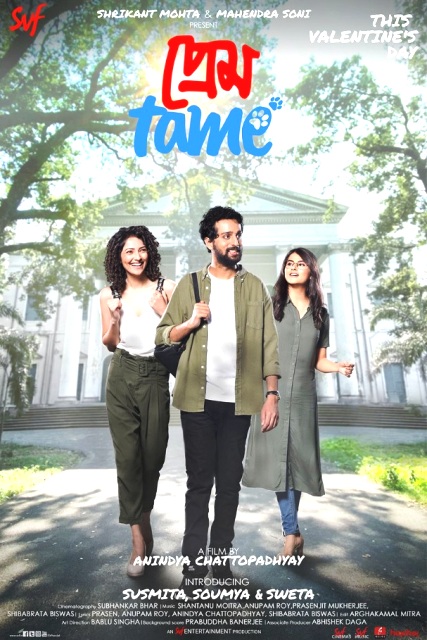 In this film, two college students start living together at an early age due to emotions, and the boy's mother leaves the house.

Is it so easily possible in a middle-class Bengali family? In this case, how many neighbors say, 'Are you lucky?' For the love that is so much, it suddenly disappears before it is properly frozen. The audience is in the dark about his cause.

No backstory of one of the heroines of the film has been made in that way. There has been only an attempt to create an image of Razi sitting in the library, studying research, reciting lines of poetry in words, student movement. Although Sushmita has a screen presence, her attempt to act has caught her eye.

In comparison, Pablo's character is majestic. Her performance is lively in the moments of suffering, confusion, the loneliness of Gobechara's lover. It would have been nice if Arshi's character had more length, Shweta has done a beautiful job in short-range. Chaiti Mitra's performance as Pablo's mother is a bit awkward.

The film "Prem Tame" manages to entertain as well as inform. However, today's brand-conscious college students probably don't make the mistake of calling Kalidas Adidas the author of 'Meghdoot'! Kankana Chakraborty, Anirban Bhattacharya's work is good in the side character.

Thanks to the director, he has taken the story to the Chandannagar-Chunchura-Srirampur area. The church, the Imambara, all of the eye-catching locations have been turned over by the Subhankar Bhar camera. Like the place, there is no smell of over smartness in the love.

Songs like ‘Tomarai to kache’ are also the sweet remnants of that mind, which is expected from Anindya's production.

The length of the movie could be even shorter, especially when the story is one-sided. However, despite the many gaps in the picture of love, a good feeling is involved in the end. The fun of ‘Prem Tame’ is but there.