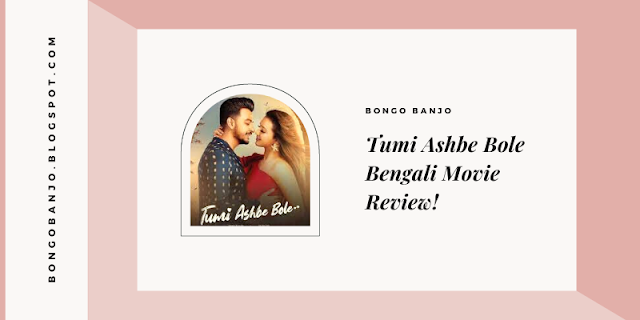 When the picture of the Big Banner, then it is expected that Formula is expected to want the jackfruit. Nevertheless, the new picture of Surinder Films 'Tumi Ashbe Bole,' Some Exception.

The director Sujit Mondal was able to avoid a lot of action in the formula. There is a little different twist in a love story. And this has become a trump card in his hands.

Why did Kashi Ghat (Varanasi) boy Nanda (Bonny Sengupta) will come to Kolkata College? Why did He break of love of the first sight of Akhi (Kaushani Mukherjee)?

He has no reasonable reason. That's what happens in the movie! After the initial dispute, the parents agreed on marriage. But the wedding came in the wedding room because he was involved in anger. After breaking the marriage, angry folk in finding the treacherous Nanda. Reached in Varanasi. The new drama, new surprise, new revenge is not here in Nebiba. Instead, let's talk about the picture and romantic moments. The director did not keep anywhere in it.

The set of the movie is very good. Cinematographer Iswar Barik's work is different. However, looking at the film seemed to be the 'seed of this story' maybe a southern movie.

Otherwise, what comes to Bengali Mentality, a brother's revenge for breaking marriage?

The whole movie structure, dramatic expansion, structure, making the final moments, all made beautifully beautiful. There are no grey spots in a character, as a formula film is anymore!

Artists followed the same clause in acting. Bonny Sengupta and Koushani Mukherjee in the role of Nand and Akhi are alive like a real-life couple.

Due to a little loose touch of the comedy in Bani's acting, it believes. But the Koushani makeup is beautiful like a doll, but there is no such passion. Kaushik Banerjee gave two things in the role of a very polite and aggressive father.

There are several songs in the tune of Jeet Gannguli, but a song out of the hall will remain in the viewer?