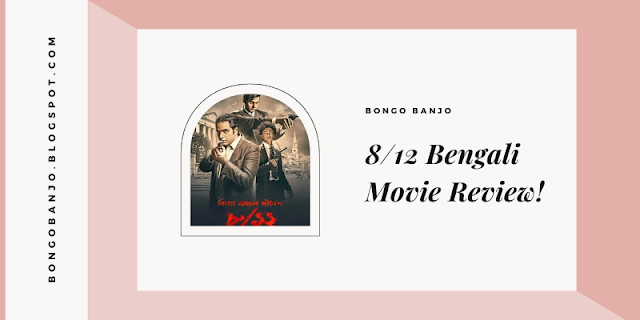 One of the attractions of the city of Kolkata is the Writers' Building on the banks of Laldighi, a national heritage of the subjugated country.

Nabanna is much more populer now. This red house was once the main residence of the British rulers. From here the rule of the country continued.

Until ten or twelve years ago, Mahakaran was the focal point of state politics. It was here in the thirties of the last century that three daring young Bengalis risked their lives and fought against the British soldiers and rulers for about forty minutes at the cost of their own lives.

Several British soldiers were killed. Simpson and Ford not only shook the red house with the sound of Bande Mataram trying to oust the two Britishmen but also made history by three young revolutionaries named Benoy-Badal-Dinesh.

How many of us may still have some fond memories of those old days, but how many of these electrified young people know the full meaning of the word 'conflict'?

Director-screenwriter Arun Roy, with the help of researcher Rudrarup Mukherjee, did not dramatize the story of the forgotten revolutionaries in his new Magnum Opus movie '8/12'.

The film is not gossip about Netaji, nor is it gossip about a patriotic puzzle. Those who chanted the slogan 'Bande Mataram' with the mantra of liberating the country by risking their lives in bloody clashes with foreign oppressive rulers have brought the forgotten pages of history to life by adopting that epic of their lives.

Looking at the pictures, the viewer may think, again and again, the freedom that we achieved at the cost of the sacrifice of thousands of martyrs, today we see the game of self-interest of the citizens and leaders of that independent country. 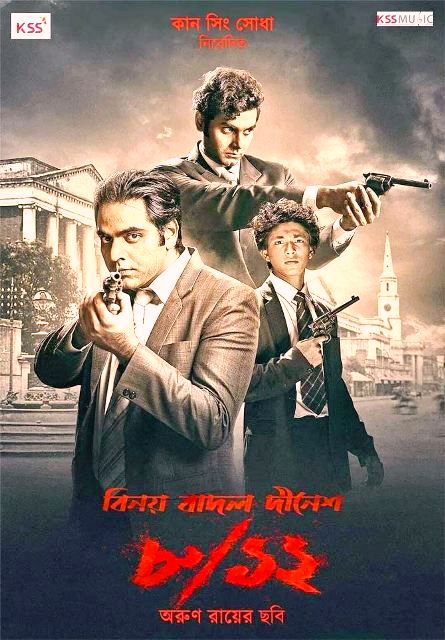 In any case, this may be the result of achieving independence without a bloodless revolution! The film begins shortly after the looting of the "Chottogram Armory Looting". Master Da Surya Sen is runaway but Ananta Singh is caught by the British soldiers.

Two British officers named Tegart in Calcutta and Lowman in Dhaka have been causing panic. A young woman named Kamala has been driven insane by the hellish brutality.

It was during this time that Hemchandra Ghosh (Eternal), Rasmoy (Shankar Debnath), and Netaji himself, led by Hemchandra Ghosh (Saswata) of the Bengal Volunteers, and Simpson and Ford were charged with the murder of three young students, Binoy Basu, Badal Gupta, and Dinesh Gupta.

Vinay is already engaged in the work of the country after leaving medical studies. Binoy killed Lawman alone. This time the three-story writers building campaign with Major Gupta training.

The way director Arun Roy presents the forty minutes of armed struggle in a very restrained manner, with beautiful choreography in just 12 or 13 minutes, has probably never been seen in a Bengali film before.

Susnata's camera movement is like watching chip shots to show old Kolkata. The 8/12 film songs are very good as "Swadhin Hobe E Desh" is one of them.

And artists performing! Yes, in the character of Binoy, Kinjal Nanda has left an impression of his uniqueness at the slightest opportunity. Arna Mukherjee has become Badal. He's quite frozen in the action scene.

Again, it is very normal to have a private chat with Dinesh. Sumon Basu, the new face in the role of Dinesh, caught my eye.

And there is Gulshan Ara, a well-known face in the role of Kamala, who is physically and mentally abused. I will remember his painful insane performance for a long time.

The style of making this '8/12 Binoy Badal Dinesh' is very modern and arouses interest with the pictures of 'Chottogram Armory Looting', 'Bhuli Nai' or 'Buri Balamer Tire' about the freedom struggle of the country. That is why we have to thank director Arun Roy.

Instead of being a businessman with a patriotic attitude, he has been sincere about the subject - that is what the audience has received. In the previous two or three films, I also got to know his eager sincerity. He's not lost yet - that's the hope.