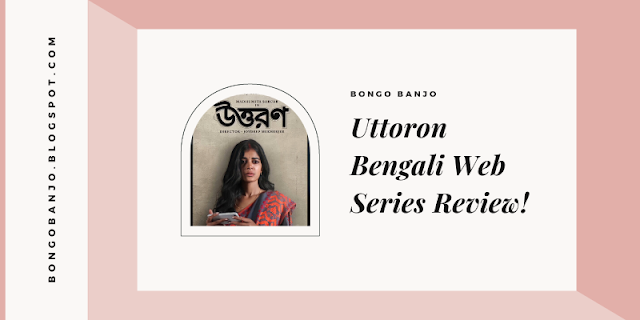 Hello, Bengali web series fans today our topic is Uttoron Bengali Web Series Review. MMS will change a life, will turn around Porna? The answer will be found in 'Uttoron'.

One-click will change a life! Publicly the first look of Madhumita Sarkar's new web series 'Uttoron'. The heroine herself has shared her picture on social media.

Madhumita shared a post on social media a few days ago. Wrote, 'A girl's life changed in one click ... This is the first look of 'Uttoron'.

My first web series on 'Hoichoi' was directed by Joydeep Mukherjee. In this film, Rajdeep Gupta has acted opposite Madhumita.

According to the production company, the story of the series revolves around an MMS leak. Newlyweds Porna, MMS gets involved in a leak.

The story of the whole series revolves around the ups and downs of porna life. At the end of the series, Porna is born from its ashes, just like the phoenix. 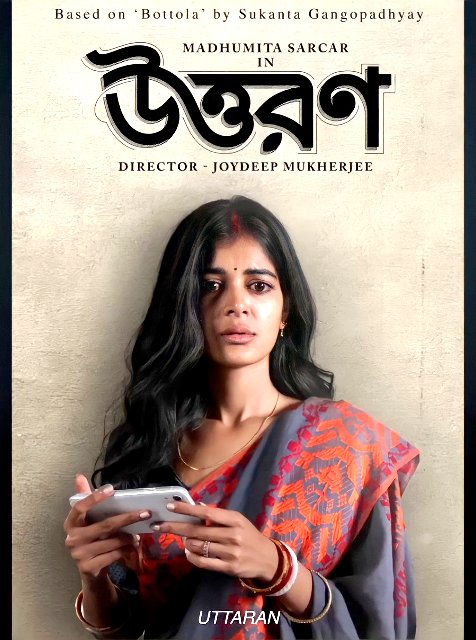 Another important character in the story of series is Porna's Husband's younger brother Nilark. Nilark is one of the leaders in changing the foliage.

Let's see how Porna's life will change at the end of the series. Will Porna be able to cope with all the difficult situations at all? Where will Porna and Abir's married life take a turn? The answers to those multiple questions are hidden in the folds of the story.

Madhumita is teaming up with Rajdeep for the first time in this series. In other words, the entertainment world is going to get a new pair. Swastika Dutta is playing an important role in this series. This is his first web series.

Uttoron web series reference from a novel named is "Bottola" written by Sukanta Gangopadhyay. Here has no comparison between the two. Both are different mediums. Both ways of storytelling are not equal. The main focus of the series is Porna. Which is justify the series "Uttoron".

But the adaptation of the series is very bad comparing the novel. No character develops throughout the series. All character performance is below average.

And as per Madhumita Sarkar's Performance is good in the last few parts. The last part is very good. "Uttoron" web series looks like a Flim. No Depth on this series.

No hook point found. Writing is very bad. And the direction is below average. The only last episode is good. But the question is do you watch the full series only for the last episode? Think about it.