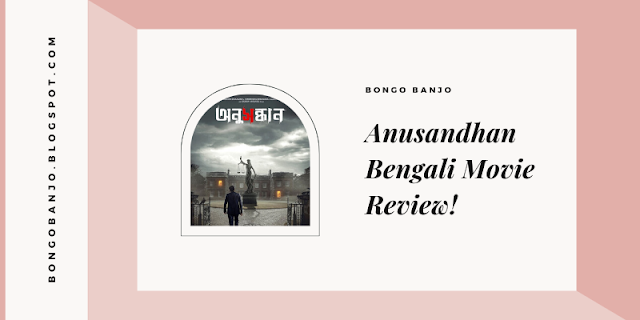 Friedrich Durrenmatt's Swiss novel, A Dangerous Game, has been adapted into various languages, including Trap, Judgment and the Hangman, and Playhouse. Director Kamaleshwar Mukherjee recently made a play on the Kolkata stage with this story. This time he is the one who brought the filming of the same story on the big screen.

Many layers in Friedrich's story can be thrown into any ground and made new, up-to-date, up-to-date and universal. The multifaceted features of the original composition became clearer after seeing the Kamaleshwarized drama and the pictures of this new look.

‘Anusandhan’ is not just a thriller or a mystery, Kamaleshwarbabu skillfully explores today's social system, the emergence and spread of individualism in the name of globalization, Freud's eternal truth of ‘the superior of the fittest’.

"Thuri" drama has exposed the shameless look in this drama. Today's economy is called 'Charibeti'. Leave everyone behind and move forward, crushing the soles of the feet if necessary. That is the essence of the capitalist economy. Use faith, love, love to elevate society. Let the goal of life be just unlimited height.

Kamaleshwar spreads his pieces of social and political thought in the rehearsal of the night visitor, keeping the structure of the courthouse in Friedrich's play in order, keeping the elderly parents, son and daughter in order. That was not the case in the original play.

We see the driver Shaswat have to take shelter in a house in a car accident on a rainy night in the suburbs of Birmingham. The house where the lawyer and the judge's family live. Every night there is a fake courtroom. When the new guest arrives, the fake trial begins by accusing him. The same thing happened after the eternal entry. 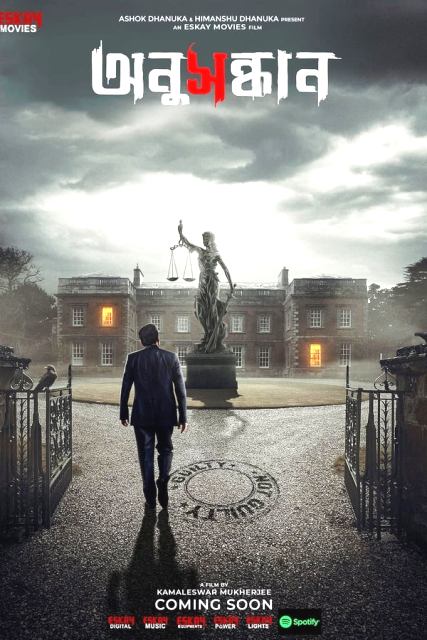 Churni in the judge's seat, Joydeep in the role of Fansur, Riddhi and Priyanka are the two lawyers. The reason for leaving Durga Pujo at his home in this eternal Kolkata and coming to Birmingham home on a one-day notice after receiving a court summons is slowly coming to light in this fake court. The main attraction of the film is the dialogue between the accused in this court, the question and answer of the lawyer of the party, the judge and the fuss.

Why and how did the eternal character continue to rise and rise from a common salesman in Kolkata? Hidden in today's economy, social norms and corruption lie in the story of one of his leading figures in the British Sponge Iron Company, climbing the ladder of progress. To show that, Kamaleshwar took the shelter of this drama and pointed out the direction of a fancy way.

Since this is a thriller and mysterious story, I am not going to reveal everything anymore. If the viewer does not have the experience to see with your own eyes! Such submissions are dramas, you don't usually see the reality of life mixed in the dark light behind the scenes in Bengali films! In the end, what is the eternal punishment of the accused, or is it just a fantasy - that remains to be seen.

The style used by Kamaleshwar in the making of the film is an attempt to reconcile the past and present with the simple narrative. The drama has never been over-dramatized. He has brought the audience back to reality by breaking the drama in the right place.

The binding of the game is big fun. And the dialogue of the picture is not only timely but also realistic and sharp in use. And at the same time, he has shown great emphasis on working with a bunch of artists. Just as each character is present with an overall look, each artist has faithfully portrayed various aspects of the character while maintaining his style.

Joydeep Mukherjee, Churni Gangopadhyay, Priyanka Sarkar, Payal Sarkar, Riddhi Sen - everyone looks at their own. And in the role of the main accused, Saswata Chatterjee seems to have jumped from scene to scene.

Outside of the current trend of Anupam Roy, a completely different background composition distinguished him. In the last episode, his song 'I am a far away man' also seemed a little unfamiliar, which is quite good.

Best of all, Kamaleshwar assimilated a foreign drama into Bengali in a very simple and easy way. He could not only make the structure of the drama Bengali. For this reason, even though the film was in Bengali, foreign colours remained on the body and face. However, I do not hear such a clear voice.