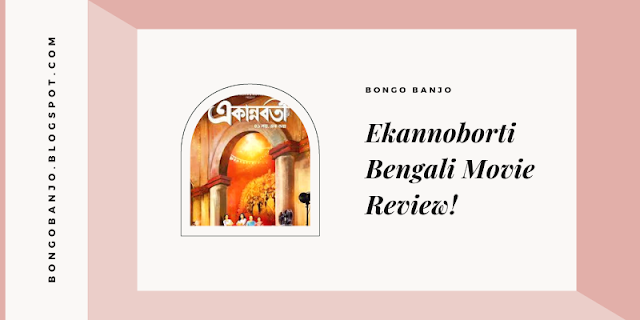 Hello, Bengali movie lovers today our topic is Ekannoborti Bengali Movie Review. The package is wrapped in Bengali emotion, yet the simplification of the story is broken in 'Ekannoborti'.

Durgapujo, family stories, love, the old house, memories - all the elements appear. Mainak Bhowmik's new film 'Ekannoborti' is a moving picture of Bengali emotion. The story of a broken family in the inner court of the upper-middle class.

In it, a little passion, old love-new love, again a little message of progress — all in all, a great package. But due to the lack of texture and level of thinking, the old pattern got stuck in the ‘Ekannobort’. Where did the Bengalis get something new?

The storyline was clear in the propaganda flash. The atomic family is accustomed to modern life. Mother, daughter, granddaughter are all scattered in their structure. As the years go by, no one has time to look for the old mother (Alakananda Roy).

To meet only once a year, in the family Durga Pujo. This Durga puja is the only monument of the decaying tradition of the Banerjee family.

The responsibility of carrying that section is also vested in the widowed mother. On the other hand, an accident happens in that Durga puja, which changes many equations, ranges, perceptions.

In the center of the film are a mother and her two daughters. The story revolves around three women and their various crises.

For the last 25 years, the burden of the world has been on Malini's shoulders (Aparajita Adhy). Before Pujo comes the sudden news: Groom Sujan (Sudip Mukherjee) is seriously injured in an accident, has to be rushed to hospital.

There was an unknown disaster waiting for Malini. Husbands who have been hiding for a long time have come out in public and turned arranged marriage upside down.

Meanwhile, the long-term relationship of Malini's eldest daughter (Soorseni Maitra) is also at stake. Little girl Pinky (Ananya Sen) is stuck with her favorite pot about a fictional affair.

In the same year, a team came to Pujo to work on a web series at that house. Malini developed a sweet love affair with the director of the series Avrdeep Dutt (Kaushik Sen). Again, assistant director Amit (Shaon Chakraborty) falls in love with Pinky. There was no older daughter or housemaid left. Four love stories in 4 days of Pujo.

Acting is a solid pillar in this film. Aparajita likes the role of Malini very much. However, the Bengali audience may have to wait a few more days to get her out of the character of a middle-class housewife on screen.

Kaushik Sen's relationship with Aparajita also feels very sweet on screen. It is also good to have Kaushik in the role of Avradip. Sourseni has taken care of the inner conflict of a young woman who is tired of coping with the pressure of being a responsible and so-called good girl in the world.

However, Ananya Sen has noticed Pinky's character. He has perfectly portrayed the uncertainty and inferiority complex of being covered in the shadow of his sister as he is fat and not very good in his studies. The chemistry of the two sisters is frozen by combining naughtiness-quarrel-love. 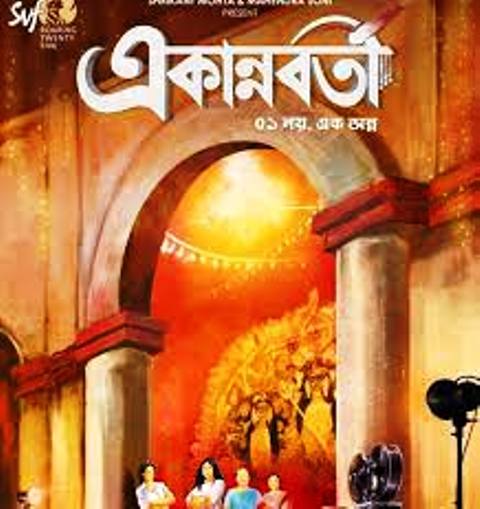 However, from the beginning to the end of the film, the person who composed the rhythm of the film in his style is Alaknanda Roy. Her performance in the role of everyone's beloved Didun is memorable.

But even after that, there were some serious gaps. The main problem with this picture is over-simplification. Not just the genre of storytelling, the style of storytelling from the presentation of the characters, the dialogue - that's the tendency.

As a result, the loneliness of the housewife stuck in the kitchen raises some serious issues, such as the problem of socially created ‘body image’, while the ‘Ekannobort’ gets stuck in the black-and-white binary.

The servant did not put anything between good and bad. No level, no ups, and downs. The characters also run one-way, one-line from beginning to end. It was never too hard to guess what was going to happen in the next scene.

The director did not walk around the picture of the huge joint family that emerged around Pisi-Jatha-Kaka. Except for Malini and her two daughters, Pujo's guest at home is another American couple.

Frame after frame of this apparent twist of happiness, which tells the story of the ideal life, or the direction in which it unfolds, is far from the reality of the middle-class Bengalis.

There is also lipstick on the lips of the girls inside the house, wearing expensive and tidy clothes. It is the elusive ambition of the middle class that draws the neatly arranged drawing rooms and colorful Tagore-Dalan magic.

This trend started in Bengali films with the help of Rituparno Ghosh. Wearing this picture is an indication of carrying him.

In the happy home corner of the upper-middle class, the crisis of extra-marital affair may seem like 'Dosar', Durgapujo's context may seem like 'Utsav' or 'Hirer Angti', and the shooting of the film in the old house may remind one of 'Bariwali'.

At the end of the picture, one line also pays homage to 'Rituda'. But the latent critique of upper-middle-class comfort and luxury that characterizes this genre is missing in Mainak's paintings.

Another weakness of the film is the dialogue. The tendency to impose educational messages over and over again. As a result, the dialogue of the characters has lost its naturalness in some cases.

In some cases, carelessness is also tasted. For example, in a scene where Malini and Avradeep were taking a picture together, the light used in the shooting set was captured on the screen of the mobile, which is not supposed to be captured in any way by the camera.

In multiple scenes, the camera moves forward by zooming towards the character's face. However, if the camera was stationary at that moment, perhaps the depth of the characters' minds could be captured.

But I like the use of the song 'Behaya' to the tune of Prosen and Dalbal. This song has got another dimension in Lagnajita's voice. Like a glimpse of cold air in the picture.

Apart from this, the use of two Rabindra Sangeet songs - 'Mane Ki Dwidha' and 'Amal Dhabal Pale Legeche' without any instrumentation in the film is also good. But the short story and the shortcomings of the screenplay did not end there on "Ekannoborti".