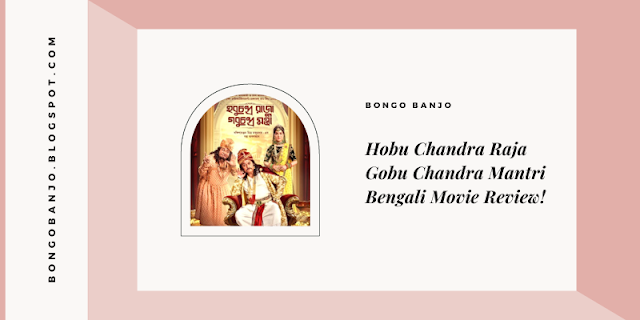 Dev and Aniket Chattopadhyay, the producer of the film, said at the outset that Satyajit Ray's 'Diamond King's Country' and 'Gugababa' were their inspiration. Aniket wrote the screenplay for Hobuchandra Raja Gobuchandra Mantri, a mix of two stories by Dakshinaranjan Mitra Majumdar.

The work of writing dialogues with endings is quite juicy. The reflection of today's time will be easily understood by the visitors, and they will also have fun.

In pandemic situations, children shouldn't go to the cinema. That may be the reason why it is difficult to say how much they will understand or have fun at all.

The levels that were in Satyajit Ray's screenplay are almost non-existent here. There is no proper cinematic reflection of thought and expression in the screenplay. It's almost like writing and taking pictures for adults.

There is nothing to say about the story, well-read, widely studied. The director has metaphorically portrayed the harassment of the people in the happy kingdom of King Habuchandra of Bombay after falling into the hands of the deceitful and deceitful minister Gabuchandra.

In the form of a fairy tale, the story of ‘Habuchandra Raja Gabuchandra Mantri’ wants to capture the present. As we saw in his previous film 'Shankar Mudi'. 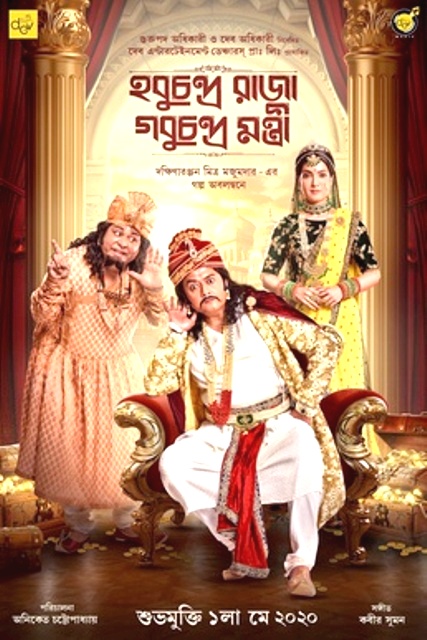 Gabuchandra's insidious activities are reminiscent of current bureaucrats and ministers. In the beginning, the old minister (Shubhashis Mukherjee) was removed and Gabur (Kharaj Mukherjee) sat on the minister's chair with crooked rice. The little ones will not feel bad about being Gabur's 'watchman', chasing rats, counting the waves of the sea.

But the old minister muttered at the moment of his departure, “There will be happiness in that kingdom! The cuckoo will sing! The kids will get a playground! People will believe people, ”he said.

Aniket made the farewell moment of the minister beautiful. Leaving the king's palanquin, he was then on foot, leaving behind an empty palanquin.

The screenplay seems to be stuck in the same place since Gabu became a minister. Especially when Bishu the thief goes to cut the burglary and the wall is crushed to death, who will be responsible for that?

However, in the technique and variety of presentation, the use of atmosphere has been tried to maintain humor (at least in two places, there is a hint of Ray's background music). However, at the very end, Gobu said, "I will come back." That is an indication of a sequel.

Yes, that's right you can now become known as a Lord of the Rings. Director Aniket has to be thanked for syndicating Raj, taking commissions, economic scams. Maybe a little exaggerated.

There are songs in the picture, of course, but there is nothing that the little ones can hear or remember. The sweetness of singing the national anthem of Bombay only sounds good to the ears. Photoset planning, computer graphics work is not good, but tolerable.

And acting! In particular, Kharaj and Shubhashis have accumulated in the two faces. Kharaj has worked in his rhythm throughout the whole picture.

Eternal Chatterjee has become Haburaja, he too is present in his stereochemical style. Arpita in the role of Rani Kusumakumari did not stumble in the final dialogue, quite fluent. I didn't find Varun Chand in his baritone voice as a guru.