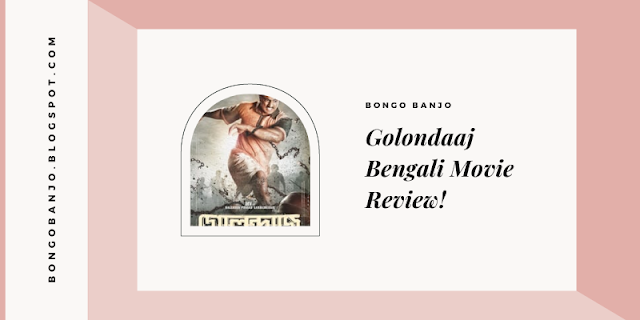 "The playground binds people, does not break ...", Nagendra Prasad Sarvadhikari brought a revolution in the field of 22 yards. In the pages of history, he is known as the 'Father of Indian Football'.

The time is 18 years. Nagendra Prasad introduced football to his schoolmates. His enthusiasm was remembered by some of the European teachers of the school at that time.

So Nagendra Prasad and his friends were given the responsibility of handcuffing the students of nearby schools and colleges in football. In the society of that time, football was known as the 'British game'.

However, Nagendra Prasad, keeping an eye on the British, made it clear that the Indians can also score goals. SVF artillery based on his life story.

Dev is seen in the role of Nagendra Prasad in the film. Isha Saha has played the role of Krishnakamalini, the daughter of Ananda Krishna Deva of Shobhabazar Rajbari.

Freedom does not come without bloodshed. But Nagendra Prasad explained to society a century ago how strong 'Sammukh Samsaare' is. A century later, Deb brought that history back by kicking a football in his shoes. The actor has repeatedly broken himself in the last few years.

Tried to play characters with different tastes. But the bowler is undoubtedly the milestone of his career. The details of the character are highlighted strongly.

As tough as he is on the playground, so discreet. Once again, when a kid is caught in a thorn web, he is humane.

He is generous with friends. Again he was fascinated to see Krishnakamalini in the gap of the palanquin. Again, he is quick to insult the motherland. Dev has beautifully portrayed all the features of a strong character. Golandaj is far ahead in terms of directing, screenplay and cinematography. Director Dhruv Bandyopadhyay has been able to awaken patriotism in the veins of the audience sitting in the hall. Photographer Soumik Haldar has won in Munsiana. Every character in the film has acted brilliantly. Especially the members of the football team.

Nagendra Prasad's journey started after watching Saheb's football game on the average field. He did not stop even after being whipped by the teacher at the hair school. He protested against the cruel tyranny of the English keeping an eye on them. It's Hour Country says it's roaring against the British officer who boasted it's an hour game.

The story shows that a goal against the English can awaken the country. It will be interesting to see in the eyes of Dhruv Bandyopadhyay how the Boys, the lifeblood of Indian football, formed a football club like Friends by showing the thumbs up to the neglect and indifference of the British.

The film also shows the history of the opening of the Wellington Club next to the English camp, beyond the frown of the then 'civil society.'

The director has shown another important aspect of Nagendra Prasad's life. Defendant Nagendra, the son of the ruling family, but at the same time stood up against caste discrimination.

Inequality of race and religion can never come on the playground, Nagendra Prasad explained to society by breaking Sadh's Wellington Club. Later he formed the famous Shobhabazar Club. The first member of which was Mani Das.

Deb has inspired Bengalis and Bengalis through this dialogue 'I will die, but I will not return defeated'. The climax of the photo is great. However, in some places, the picture is running at in 'slow pace'. Suddenly, the use of music has slowed down in some places.

But, Vikram Ghosh's music is superfluous. Fans will love the scene of giving it to the mustache of the god, the heroic race. This time you can put the bowler on the list of your must-watch in Pujo. Don't cheat.