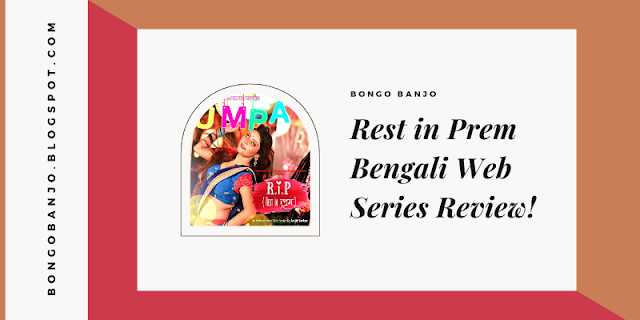 Hello, Bengali web series fans today our topic is Rest in Prem Bengali Web Series Review. Rest in Prem, a Bengali online series is akin to an R-rated family comedy. It has a simple plot with a large heart, but it's also rude and offensive in the best sense.

The main actor is Sayan Ghosh who falls in love with a ghost, has a blind mother, and a junkie best friend. There are songs, notably a romantic number called "Cancer," that combine a nice pop-rock melody with horribly dismal lyrics. The tone is midway between satire and sincere emotion.

It's a strange little show that combines old and new elements. On the one hand, there are scenes such as the one in which the hero's mother gives her bridal jewelry to her would-be daughter-in-law as a present.

On the other hand, there are scenes where the friend is seen sniffing dendrite from a polythene bag or discussing snakebite: segments where it plays out like a shaggy-dog comedy with jagged edges and loose meanderings, before returning to being a light-hearted rom-com with an emotional mother-son angle.

(It's a bittersweet fantasy about death and the afterlife when you think about it.) The plot twists come fast and furious, with a surprise around every corner to be unexpectedly touching, but before you register it, Rest in Prem has turned it into a joke.

The premise isn't wholly original. In the Hollywood film Just Like Heaven, Mark Ruffalo's character goes into a new apartment only to discover that the previous tenant, played by Reese Witherspoon, hasn't completely left; following the rom-com formula, the initial fighting turns to flirt until they fall in love, as such romances must.

Rest in Prem not only takes this fundamental theme in unexpected places, but it also adds local color to it. It depicts a different aspect of Bengali culture and Kolkata, one in which young people from districts and small towns live and work in the city: Adi (Sayan Ghosh) is from Birbhum, while Porna (Sumona Das) is from Hali Shohor.

There’s a rootedness that’s as stereotype-busting—Adi is a videographer, who is street-smart, owns a MacBook, drives a car—as it is refreshing to watch. It informs everything about the show, from the lingo spoken by the characters to the sense of humor on display, which is dry, goofy, homegrown, and all its own. 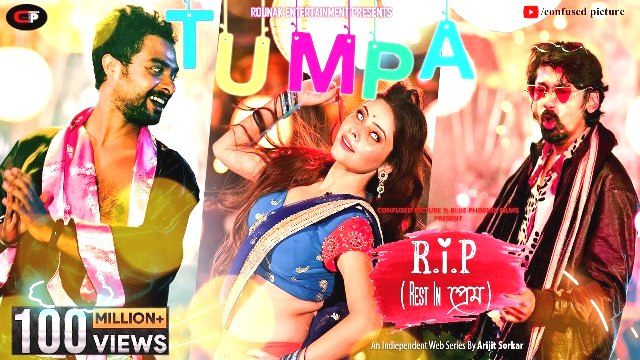 It's difficult to pinpoint exactly what makes a scene humorous, but it has a lot to do with the characters and the performers portraying them.

Dipangshu Acharya, a stand-up comedian, plays Putki Bhai, a junkie pal who deserves his own spin-off (and justifiably has a song titled after him) who wears a matchbox strip in his shirt pocket to make lighting a joint simpler. Madhumita Biswas, who plays the mother, is hilarious - she's the show's trump card and the story's emotional center.

Sayan Ghosh is fantastic as the befuddled protagonist, and Das, as his girlfriend, is equally as good. Even minor characters are superbly cast, whether it's the man who plays the broker Adi meets at the teashop — he appears to have both avuncular affections for him as well as a selfish interest in his misery when he is rendered homeless after being kicked out by his ex-girlfriend; or the next-door-neighbor, who gossips about Adi and Porna's romance, in the same way, one would gossip about a scandalous love affair.

In some ways, the relationship between the leads is completely platonic: it's a notion that's built into the show's premise — it's a love tale between a man and a ghost. We don't see them kiss, but it's something that's mentioned in a lighthearted way. (Can you fall in love with someone you can't touch?' asks the trailer.)

It's a deftly veiled indictment of the (very Indian) trend of titillating sex in web series, best illustrated by the fiery scene at the end of episode 2 — which was taken down by YouTube India on flimsy obscenity charges, but more on that later.

I don't want to give anything away, but it's a scenario that will enrage many people, gross some people out, and cause many people to stop watching the show. I was captivated. Then I saw what Sayan Ghosh had to say about it in an interview with Aritra Banerjee on his YouTube channel, where he was joined by Arijit Sarkar, the show's creator, and Arab Dey, the composer.

YouTube, on the other hand, is a different game, and the creators of Rest in Prem know how to play it. First and foremost, they released "Tumpa," a song that has become a Bengali sensation. It's an absurdly catchy tune crafted with a sense of sarcasm and allusions to the series' theme — and a wiser marketing approach.

Rest in Prem's use of an "item number" like "Tumpa" to reach out to the audience is out of character, but it's a fantastic example of how to outsmart the big guns at their own game: the song has generated attention for the web series, with 49 million views (at the time of writing).