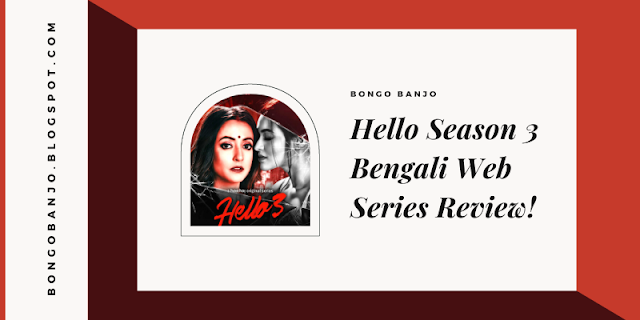 At that time OTT platform was almost born in Bengal. The presence of glamorous Priyanka Sarkar and Raima Sen across the screen of the smartphone captivated the viewers. But to watch that mystery-thriller and romance web series in 2021 would be so annoying, really not expected!

Yeah Hello Season 3 that sounds pretty crap to me, Looks like Hello Season 3 for me either. A total of six episodes this season. Where some more character additions have occurred.

Ananya (Joy Sengupta), who had increased the distance from his wife by stepping into the trap, has relied on that woman to cut the loneliness again. The new attraction to Pamela is unique. Raima Sen alias Nandita's college life boyfriend is also involved in the story. 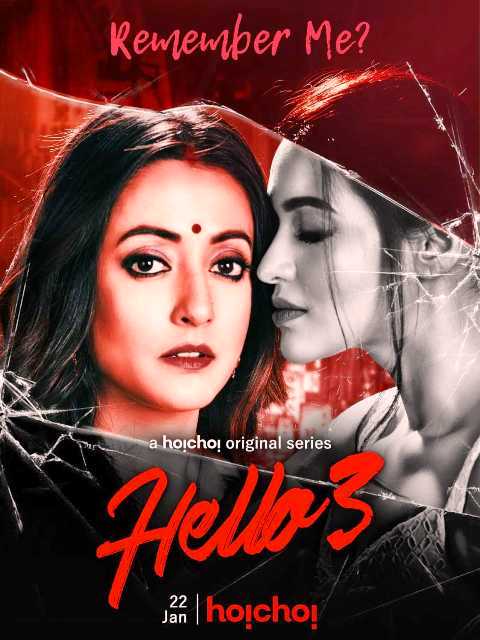 Mr Saheb Bhattacharya was caught in that role. The ex-boyfriend has also become strangely mysterious. Throughout the season, director Soumik Chatterjee has tried to weave one mystery after another. But the entanglement of that mystery somewhere has made it more annoying than creating suspense.

Because the smart-self-reliant Nandita could not catch the real face of Priyanka i.e. Nina in any way. Even her touch does not make her feel different. Or the person who repeatedly tried to say something to Nandita did not reach her extra dramatically.

A few more things are quite out of place. Like suddenly getting a job in Nandita's school. Unexpected start of Durga Pujo. Unexpected for this, because this Durga Pujo was one of the highlights of the web series.

Which, of course, made the video an overnight sensation. But this season Durga Pujo came to Calcutta in silence. Thirdly, it is not clear how paralyzed Priyanka is the owner of such a huge amount of money.

Multiple questions are created at the end of the series. But the question remains as to how much the audience will want to get his answer. Because ‘That Plan’, ‘This Plan’, Priyanka Sarkar's life has been created by combining innumerable secrets of life. In a word, in the very 'mystery', this is the source of destruction.

The love for which Nina has so many 'dramas', the flavor of a bunch of mysteries disappears. The season could have been even more entertaining if the mystery of one side had been revealed.

But there is only one relief, the mystery will be solved soon. The fourth and final season of Hello Season 3 will be released on January 29. It feels good to think that the director has not decided to prolong the story unnecessarily.