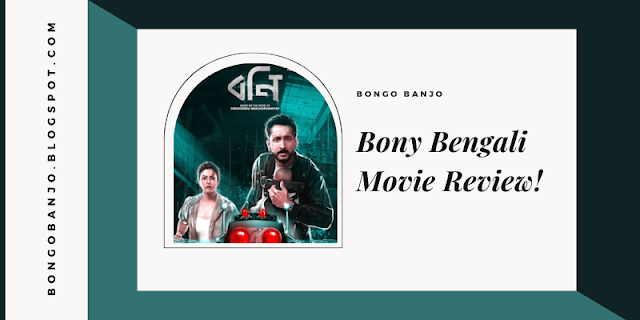 Pegasus has been in a lot of practice lately. What is this Pegasus? Is your phone being hacked by Pegasus software? But is someone else unknowingly monitoring our personal lives? Is the constant use of social media pushing us towards some unknown danger?

These questions are bound to come to your mind from time to time if you are a little aware of modern society. How can this society, which is dependent on advanced technology, be in a few more years? It is as if that is what Parambrata Chattopadhyay's Bonnie film has highlighted.

Who is The cast of the Bony Bengali Movie?

The director himself has acted in this film based on a story titled 'Bonny' by Shirshendu Mukherjee. Koel Mallick is opposite Parambrata Chattopadhyay. There are Kanchan Mallick, Pinky Banerjee.

Anupam Roy handles the music of the film. Sung by Anupam Roy and Paloma Majumder. The film "Bony" was Produced by Surinder Films.

How was the Bengali movie "Bony"?

Bengali's who have seen Star Wars, Stranger Things or Black Mirror may get a little nauseous after listening to the science fiction movie made in Kolkata. However, most of the scenes in this film were shot in Italy.

The Mukherjee couple lives in Milan for work. Sabyasachi Mukherjee (Parambrata) is an electronic engineer by profession and his wife Pratibha (Koel) is a bio-scientist by profession.

Brilliant in their studies, these two have been working in foreign lands for decades. Even though they are accustomed to the sophisticated lifestyle in the modern glamorous city, they may even dream of becoming the pinnacle of biological warfare between the two countries. 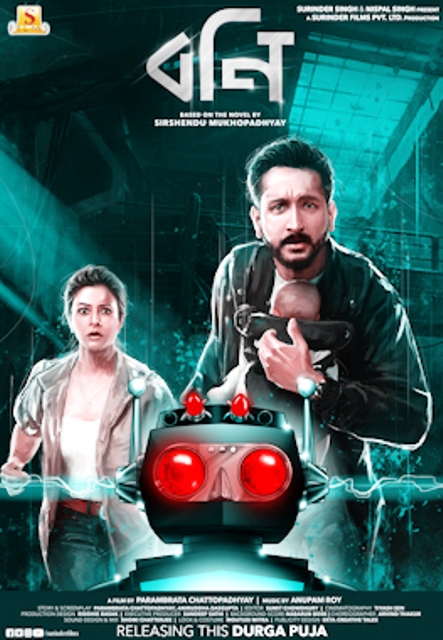 The most important thing for the child-bearing talent was the various plans for the new guest to come to life. That's why she forbids her husband to drive after drinking alcohol. Says, 'This time I have to be a little bigger. I am fulfilling my responsibilities. You also have to fulfill your responsibilities. '

While waiting to welcome a new member of the household, the couple unknowingly became entangled in another world. Where in the future one country is constantly researching sophisticated biological warfare intending to destroy another country. And the pieces of that research became Sabyasachi and Pratibha.

Pratibha and her husband Sabyasachi were involved in a road accident on their way to Lake Como. Since then, life has taken a turn for them.

Even three months before the delivery, Pratibha and her unborn child were declared fit by the doctor. But as soon as that child came to the world, darkness descended before the eyes of the Pratibha and Sabyasachi.

Their darling Bony is not as normal as the other five children. Bony doesn't talk, doesn't move. Not even his eyelids fall. Although he has a heartbeat. Parents are confused about the newborn.

Although the movie is science fiction, it is a fight between a parent to save their child. What mother doesn't understand difficult words like 'biological warfare'. He just knows that his only goal is to heal the child. He is also ready to fight with all the evil forces of the world to save the boy.

The creation of science can also accept the rate of mother's indomitable dedication, this is the message that Parambrata wanted to convey in the film "Bony". Director Munsiana is commendable. His performance is also admirable. In the role of mother, Koel has evoked appropriate emotions.

Too small a role but Anjan Dutta has acted strongly. Kanchan Mallick is also appropriate in his character. Cinematography will pay special attention.

The use of close shots and jump cuts is commendable. The song of the film "Bony" is also suitable to the tune of Anupam Roy and the voice of Paloma Majumdar.

All in all, it would not be a bad thing if this picture made with the passion of parents for the child in the twist of science fiction is included in the list of Puja planning this time.