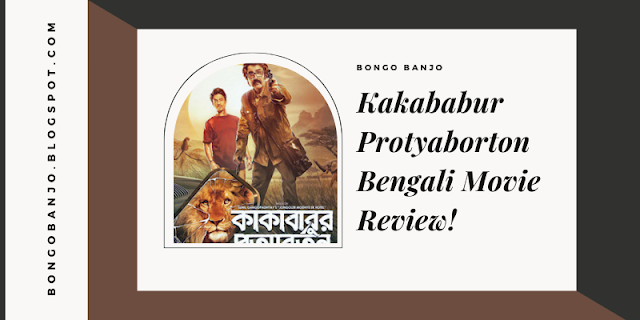 ‘Kakababur Protyaborton’ directed by Srijit Mukherjee was released on Friday. This is the third film made by the director about the character Kakbabu created by Sunil Gangopadhyay.

Earlier, he had shown the adventures of Kakababu on the screen in the desert and mountains, but now he wants to choose a story where Kakababu can be taken to the jungle, the director had said earlier. That is why Sunil Gangopadhyay's story titled 'Jongoler Modhye Ek Hotel' is selected.


After watching any movie, there are some good and some bad things about it. In this case, too he was no exception. So let's list some good and bad feelings.

As such, ‘Kakababur Protyaborton’ is very important, the whole Kakababu-series is very important in the history of Bengali cinema. This picture can be seen while enjoying the pure adventure.


The film "Sabuj Dwiper Raja" was released in 1973. The film, starring Shamita Bhanj in the role of Kakababu, was shown in small cinemas at various times from the seventies to the late eighties. The shows were originally arranged to be shown to school children in the area.

Understandably, the biggest attraction about Kakababu is the audience of any age. Kakababu is loved by children and teenagers for his straightforward adventures, not for the twists and turns of mystery like Byomkesh.

When ‘Kakababu Here Gelen?’ starring Sabyasachi Chakraborty was shown on the small screen, the children were more crowded in front of him than the adults. As such, Srijit's Kakababu is no exception. Children may like this picture.

The construction of the photo scene is excellent. The camera works well. It looks good most of the time. The eyes are relaxed. There is nothing different about Prosenjit Chatterjee's performance. Along with him, Anirban Chakraborty acted well in this film.

The storytelling style of the film is very straightforward. There is also a predominance of ‘Travellog’ -branded treatments. If anyone is excited about Kenya-travel on screen, they might like this picture. 2 hours 16 minutes will not cut his bad. 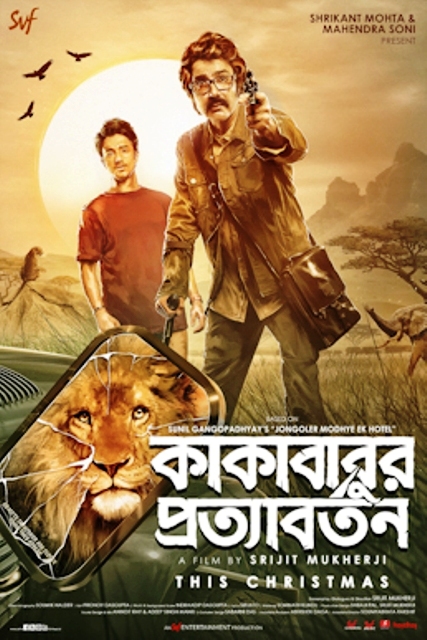 Some scenes are so long that it is tiring to watch them. What is going to happen at the end of all those scenes is easy to guess. Yet all those scenes continue. Sometimes it seems that these scenes could have made the film a little more depressing.

Aryan Bhowmick has played the role of Santu in the film. This is the third time he has acted in this role. But he is still stunned in several scenes. Next to other actors which sometimes catches the eye.

There are several content ads in the film. At least three 'product endorsements' are easily remembered. They seem to be over-imposed. The rhythm of the picture is cut because of these.

During the dialogue between English and other languages besides Bengali, subtitles are used in Bengali throughout the film. They are full of printing errors. Some very familiar and very common words are misspelt, which is uncomfortable.

The rhythm of the picture is sometimes cut because of his song. "Dekhbe Zebra Hati Zirafer Dol / Ki Bhabe Batashe Ure Dhormer Kol". Two important lines from the song "Phire Elo Kakababu". The long song scene in the middle of the adventure-religious film and its slow-motion often evokes fatigue.

Saraswati Pujo, weekend holiday with having. Would you like to see 'Kakababur Protyaborton'? You can go to see your little partner. He will not feel bad. There are doubts about how much adults will like it.

Because the main story is not very eventful. The picture on it is also quite long. However, if you want to spend some time in a light mood, you can see. Those who like the previous Kakababu series directed by Srijit Mukherjee can see it. Don't despair.