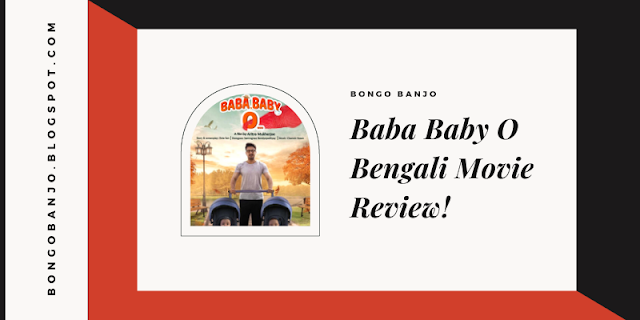 There are good and bad aspects of social messaging and issue-based photography. In this case, the movie has a strong focal point. On the other hand, the movie can be instructive in presenting the speech.

Then there is no joy in watching movies, it feels unnecessarily burdened. Although Shivprasad-Nandita House's well-released film 'Baba Baby O' is rich in the social message, it has not become ethical due to Aritra Mukherjee's direction and Zinnia Sen's story-screenplay.

The film manages to entertain as well as inform. Incidentally, the story of this film is inspired by the true story of Zinnia's life. So far everyone knows that surrogacy is one of the most important parts of this movie.

At the same time, the topic of taboo in society about love and homosexuality of the same age has also been beautifully woven into the screenplay. This movie recognizes the stars of the sky of love. And what's best is that the overall paternal responsibility is closely intertwined in the story, where the mother's alternative role is seen.

At the beginning of the film, the song 'BABA HOWA ETO SOJA NOY' sung by Anindhya Chattopadhyay creates a mood in the film. We see Megh (Jishu Sengupta) in the corporate service. His small family with parents (Rajat Gangopadhyay-Reshmi Sen). An integral part of which is his friend Raja (Mainak Bandyopadhyay).

Happiness-sorrow, work-useless Raja-Megh pair. Such a Megh wants to be a father through surrogacy. Parents are happy to think about the arrival of new guests in the house.

Megh is the father of twin children. Is it okay to handle two kids together? Again without mother! Who is the 'mother' of the child when the curiosity of neighbours and relatives are aroused? There was no clear idea about surrogacy, even Megh's parents, but they are happy to get Patal-Posto. Divya was going on. 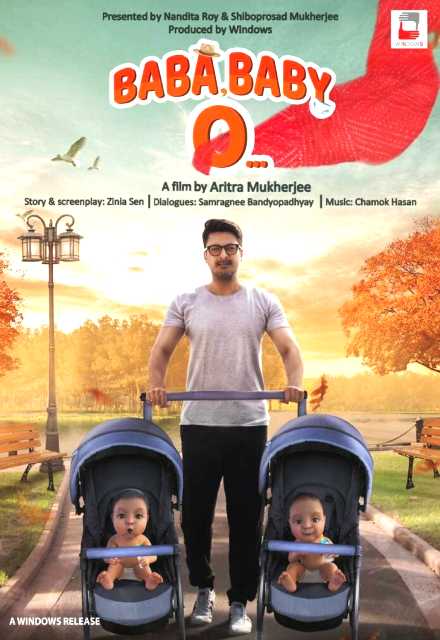 While going to buy a child's toy, Megh meets Brishti (Sholanki Roy). Love it as soon as you see it. Here you will find the love flavour of the nineties. But even though Brishti is the owner of the toy store, the baby doesn't love her at all. Rather, he is sorry for the single father Megh.

Oh, the children do not have a mother! On the other hand, the parents of the Megh, the boy, but the girls are reluctant? After reading Karan Johar's autobiography, my father started thinking about Raja and Megh?

Inevitably the Megh's gradually come closer to the Brishti. Even though the baby is not well, the Brishti comes home and presents the two little cubs in the Megh. It is known that it Brishti's only with the mother (Bidipta Chakraborty). His mother married a second time. The presence of the late uncle is a thorn in the side of mother and daughter.

Brishti could not accept as a father, but he wants to hold on to the memory of his previous father. There is a complication with this in the story of the film, which gradually becomes clear.

There is also Brishti's foreign-returning boyfriend Shauvik (Gaurab Chattopadhyay). Who wants to take the Brishti from this country. So what will happen to love the Brishti of Megh's and Roddur? Will not match the sight of the rainbow?

The director was in no hurry, leaving the thread of the love kite a little bit. And the strange emotion wrapped around the Brishti and the Megh's. Gradually the dependence on the Megh's increases with the Brishti, on the other hand, he is responsible for Shauvik.

But I can't ignore the infallible pull of the Megh's. The girl continues to be ruined by love and hesitation. There's a nice dialogue here - Brishti says 'you're too fatherly'. Megh says, 'I am the father'.

Looking at the movie, it seems that there is something called love of the same age? Love is navigable forever. Megh says - ‘Friendship, love is always in the air. What happens next? Will the Brishti catch the flight to Sydney? Or will you sleep with your head on the shoulder of the Megh-like Patal-Posto? The song "Ei Mayabi Chander Raate" is very good in terms of the situation.

This film is more intense love than the father alone. Shubhankar Bhar's camera has a very smart look for 'Baba Baby O'. The dialogue written by Samragnee Bandyopadhyay has intensified the liberating moments of the film.

Amit-Ishan and Chamak Hasan's music film is the biggest attraction. Ishan's 'Rang Mashal' and Shovan-Sanchari's 'Bandhane Bandhibo' are also very popular. Everyone is good at acting, but two cute kids will take away. And Jeshu Sengupta is better than big. He is great in every role of father-friend-son-lover.

Solanki's first movie showed him as a genius. Jishu and his chemistry are very well on the screen. However, the length of the film 'Baba Baby O' could be shorter. Rajat Gangopadhyay and Reshmi Sen as perfect parents.

On the other hand, Vidipta Chakraborty proved once again in a short-range what a powerful actress she is. I like the smooth acting of Mainak Bandyopadhyay. Gaurab Chattopadhyay is quite suitable for his character.

All in all, Saraswati Pujo's face is a film of feel-good, a film of love that makes the mind feel good. I think there is no way to miss this film 'Baba Baby O'.